Imagine if you will, waking up well before the sun rises, scouring weather reports while stuffing a quick-but-massive breakfast into your face. Multiple coffees while you pull on waders, and a Yeti cooler full of Monster Energy to keep the fires lit. Your fishing partners, sleepy-eyed and slow-moving as the boat is prepped. Too much fuel. Too much food. Emergency overnight gear. When you’re motoring 150 kilometres offshore, what you bring just might save your life, and what you don’t just might kill you. As the boat begins to lose sight of the mountains bathed in pre-dawn light, you look at your watch. It says 6:13 AM. It’s gonna be a long day. 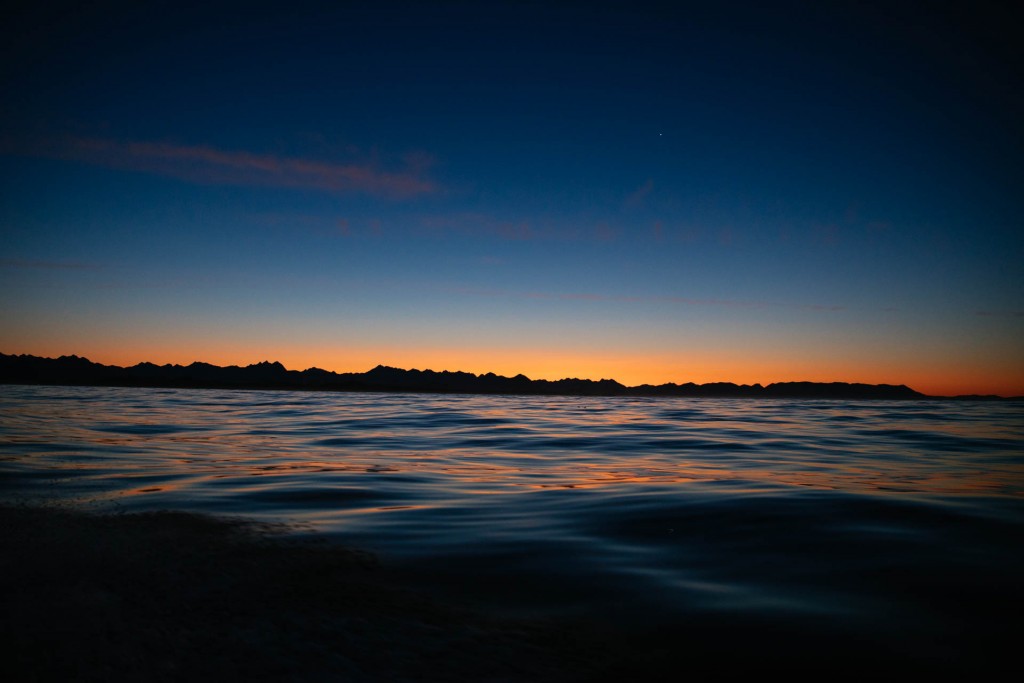 It’s called Race for The Blue, and it’s the most fun you can have while suffering sleep deprivation, sunburns and salt-crusted skin. Crews of fishermen and women start at Tofino Resort + Marina each morning, motoring out into “The Big Blue” water in search of Pacific albacore tuna. The winner takes home $25,000. That’s a lot of moola for tuna.

Race for the Blue celebrated its second year this past September 6-14th. More than just fishing, Race for the Blue is a simply a great time, with amazing meals and events aligned with the week-long event, including an epic Japanese cuisine collaboration dinner at our flagship restaurant 1909 Kitchen, and an outdoor concert that rocked so hard it made the heavens fall.

Team Leisure Suit took the 2019 title with their heaviest four fish weighing in at 80.8 lbs total. That’s a whole lot of sushi. They not only took home the top prize of $25,000, but they also won a schwack of daily prizing, which collectively amounts to another $30,000 from the events sponsors including heavy hitters like Mustang Survival, Xtratuf, Simrad Yachting, Costa sunglasses, and Mercury/RPM, who gave away an outboard motor as a prize. Vroom, vroom. 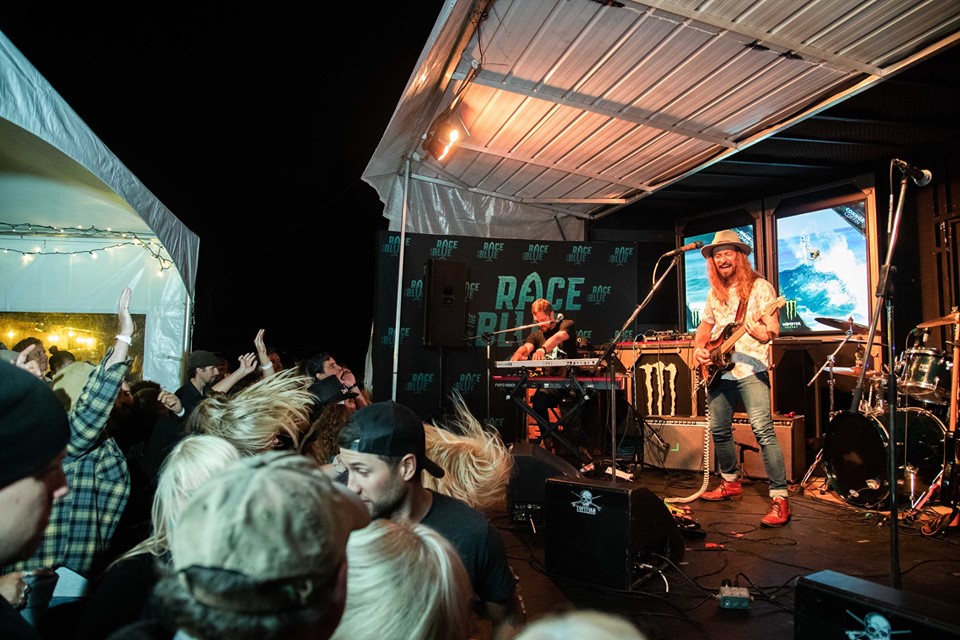 Fishing is fun, but occasionally the party that follows an event measures up in such a big way that it threatens to eclipse the event. Monster Energy and Tofitian helped us plan just such a closing night: an evening of fantastic entertainment headlined by Victoria, B.C. blues rocker Jesse Roper, and supported by one of Canada’s raddest DJs. DJ Illo played multiple sets throughout the night. Vince Vaccaro brought his good looks and catchy hooks too. Tofino favourites Alle Bernardi, and The Funkee Wadd made sure the local talent was well-represented.

Oh yeah, and they gave the winners a briefcase stuffed with $25,000 in twenty-dollar bills. Needless to say, the Leisure Suit team got a little excited and popped some bottles like Drake… 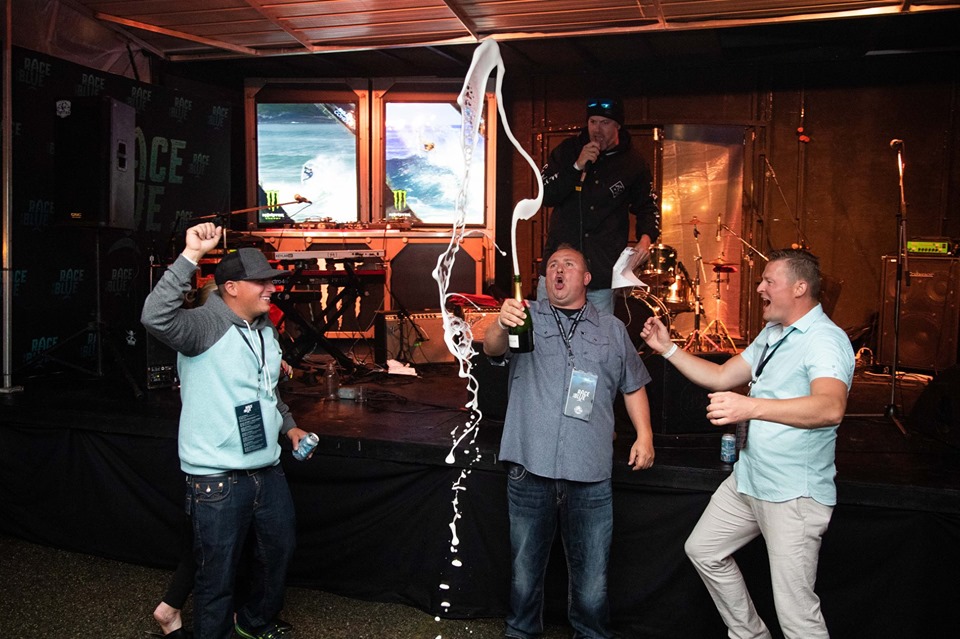 On Tuna Tuesdays at Tofino Resort + Marina, we eat tuna. On this particular Tuesday at Race for the Blue, we brought in a ringer. Chef Hidekazu Tojo joined our very own Top Chef Canada 2019 winner Chef Paul Moran. Chef Tojo is internationally recognized for creating exquisite food served as an art form. Chef Tojo has received a long list of awards and accolades throughout his culinary career, including Vancouver Magazine’s Lifetime Achievement award, Wall Street Journal’s Top 10 Best Sushi Chef in the World and Food and Wine’s People Choice Award. 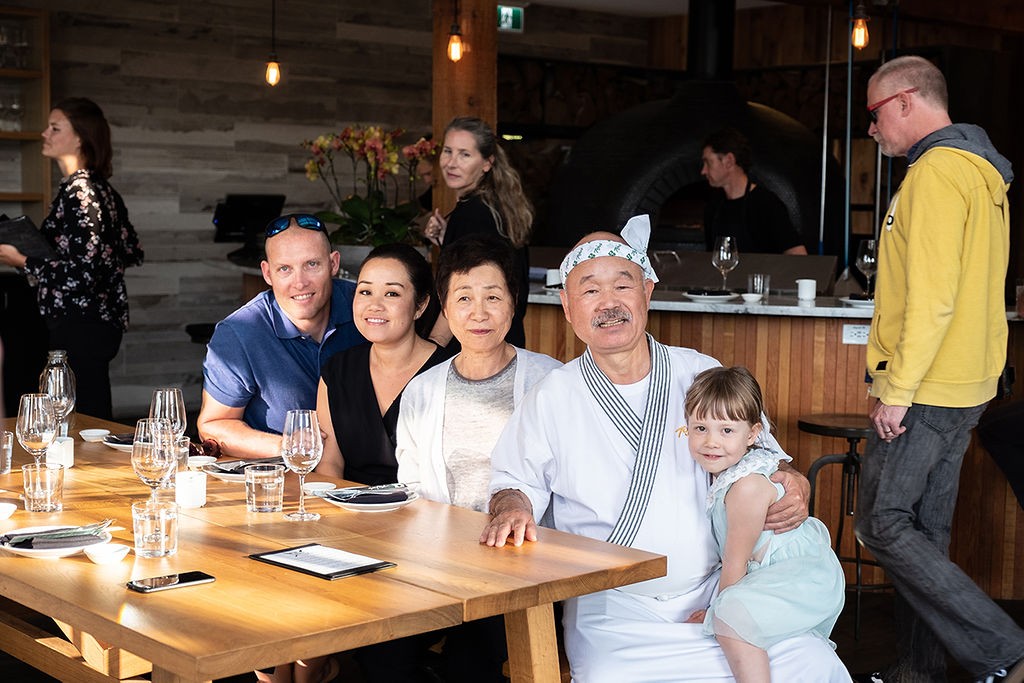 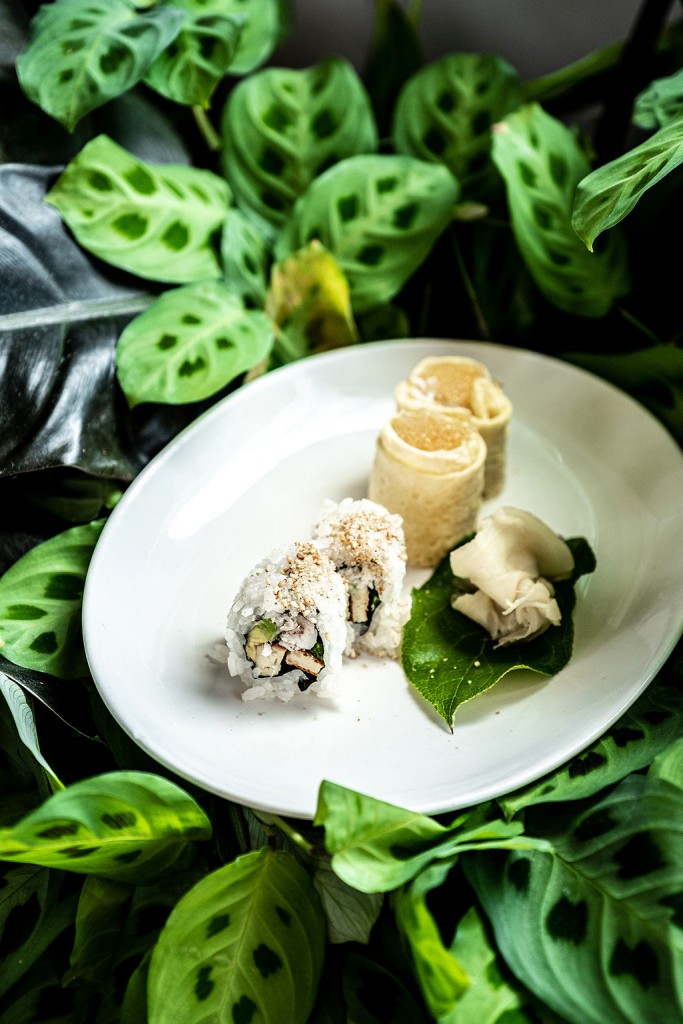