Tofino History Lesson: War in the Woods and the UNESCO Biosphere Region

In the 1980s, logging and fishing were king and queen of the west coast economy. Commercial fisheries—salmon, halibut, herring—hummed at a frequency that could be heard in the streets and canneries of towns up and down the B.C. coast. Money flowed like a healthy salmon run, all fat and silver and alive. In logging, valuable old growth was being cut, milled locally and pumped out around the globe to great fanfare. In 1988, almost a million cubic metres—29,000 logging truckloads—came out of Tofino’s backyard alone. That’s a whole lotta fences, gazebos and summer homes crafted out of B.C. softwood. But then something happened. Maybe people realized just how intense the logging was. Maybe our thirst for good wood had come to a tipping point? Or maybe the people of Clayoquot Sound had just had enough. Whatever it was, heavy industry on the west coast would never be the same. War had arrived. It was 1993. 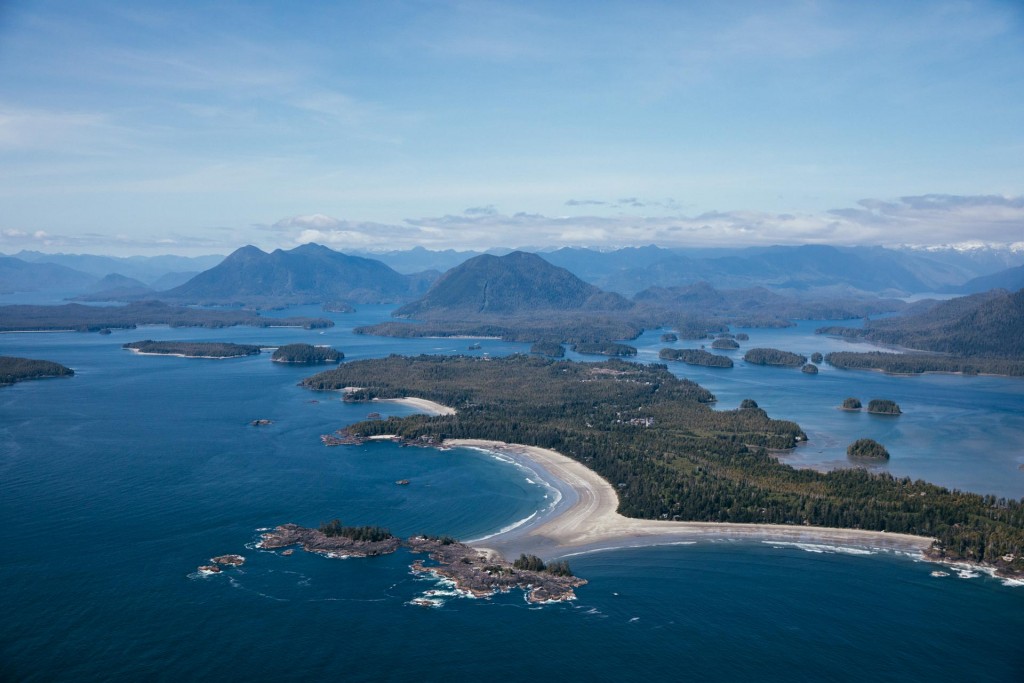 The province of British Columbia had proposed a land-use plan that allowed clear-cut logging (AKA taking it all without prejudice, and often to the valley bottoms) in half of Clayoquot Sound’s forests. Up until this point, people had been fine with logging. After all, it was keeping food on the table for most of the coast. But once the timber began falling on their doorstep things changed. A grassroots protest began to drip, then trickle, and then downpour into Clayoquot Sound. Midnight Oil came to play background music on site. Robert F. Kennedy Jr. spoke up—as he does. And loggers clashed with what many on the coast deemed “hippies” and “tree huggers.” Worldwide media attention lit up the clear cuts of the coast. It put B.C.’s logging industry not only on the small screen, but on trial in the hearts and minds of citizens everywhere.

Thirty years later the War in the Woods—as it became known—is remembered as a highlight in the environmental movement, one of its biggest victories, and arguably a model in which future protests would follow. In the end, Clayqouot Sound would be “protected” (more on that later) and the people would back down. Tofino itself would become an outdoor tourist hotspot unlike many other in Canada. And, eventually, the area came to be recognized—officially—as a very, very special spot. 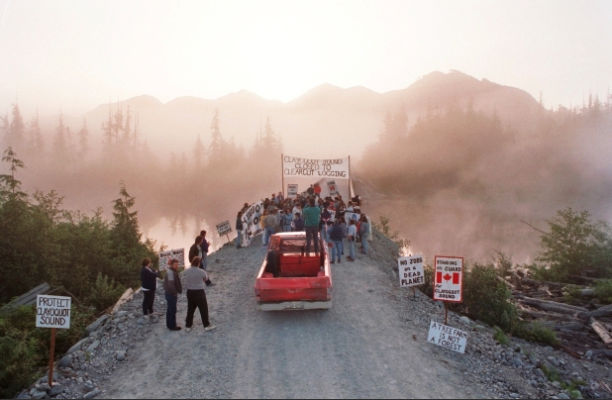 In 2000, Clayoquot Sound Biosphere Reserve was designated as a Biosphere Reserve by UNESCO. It came with world recognition of the area’s biological diversity, and twelve million juicy greenbucks set aside in a monetary fund to “support research, education and training in the Biosphere region.” The idea being that this was pristine land and should be kept from being logged, mined, fished or ‘effed with. Across Canada, there are currently 18 of these reserves across Canada, and over 600 others in 120 countries. Nearby Mount Arrowsmith Biosphere Reserve is the most nearby. Nova Scotia’s Bras d’Or Lake the furthest. In between, iconic names like Waterton, Niagara Escarpment, Georgian Bay, and Fundy join the club. But what does it mean? From the UNESCO website:

A UNESCO biosphere region is an international site of excellence. Biosphere reserves work to foster the harmonious integration of people and nature for sustainable development, biodiversity conservation, and reconciliation—by encouraging dialogue, sharing knowledge, reducing poverty, increasing human well-being, respecting cultural values, and enhancing capacity to cope with climate change. An area can only be designated as a biosphere region by the United Nations Educational, Scientific, and Cultural Organization (UNESCO).

Not much in there about concrete protections, as we’ve seen since the 2000 designation. In July 2006, a fresh land-use plan was approved, inviting logging companies to do their thing in a 10,000-hectare area which included pristine old-growth. Imperial Metals—the company behind Mount Polley Mine, one of the worst environmental mining disasters in Canadian—retains minerals rights located in both Ahousaht and Tla-o-qui-aht territories. There are more than 20 controversial fish-farming tenures operating in Clayoquot waters. Logging, old growth or otherwise, continues unabated, as it does in the Mount Arrowsmith Biosphere Reserve near Port Alberni. Tofino and Pacific Rim National Park Reserve may have become a tourism magnet, but to many this is still a west coast working town. 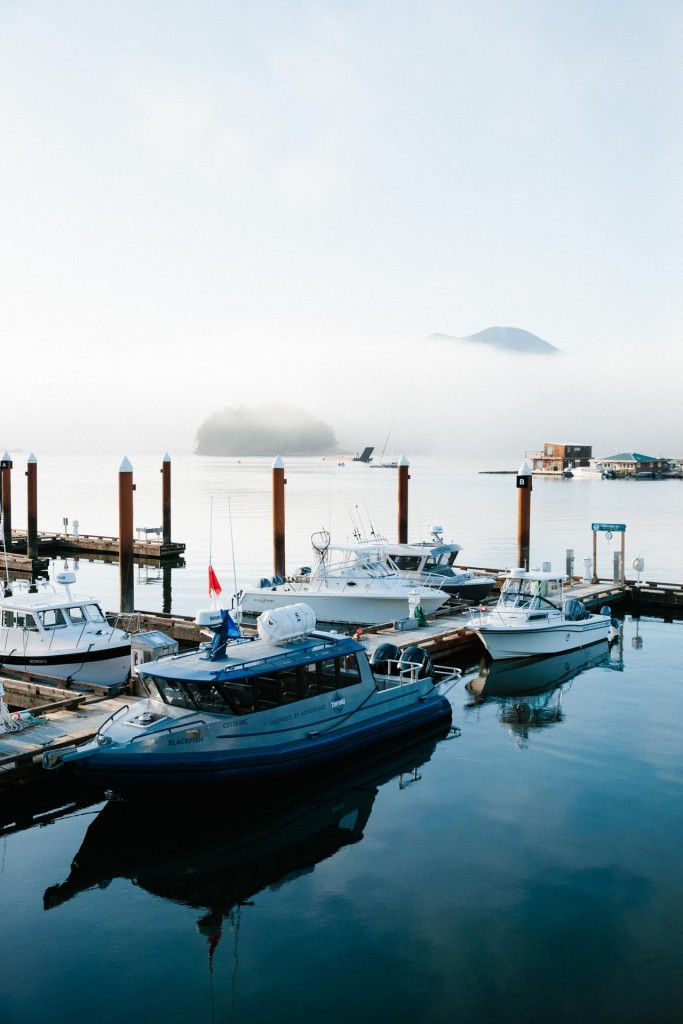 What the designation does do is more than environmental. It’s cultural. They are currently establishing a Biosphere Centre to facilitate sharing and learning: “a welcoming space, where residents, visitors, and researchers feel equally comfortable, and where scientists and storytellers can share their valuable data and teachings.” The organization empowers youth through programs and annual education awards, and works towards food security for the community. Perhaps the coolest program they have is West Coast NEST (Nature. Education. Sustainability. Transformation), which is a regional education tourism collaboration with communities, organizations, and businesses from Hesquiaht to Ucluelet. Think informative talks, guided tours, and hands-on workshops about nature, science, history, sustainability, language, culture, and art.

We are lucky to live in a place that appreciates the culture and beauty of its backdrop. And we must also chase true protection for the places we love. Clayoquot Sound is one of those places. When done right, logging can be sustainable, but sometimes is not. Mining and fish farms leave more permanent fingerprints no matter how they happen. As always, there are no easy answers to be had when it comes to safeguarding our biosphere, and we need to be wary of greenwashing, always. The good news is, Tofino’s locals on both sides of the issues are a passionate bunch. The push-and-pull that is needed to keep a community’s dialogue healthy exists. People need “resources” (AKA the vast stunning natural beauty of the coast), and resources needs to be treated with respect, and managed responsibly, with an eye not only on sustainability, but the cultures intrinsically wrapped up in the health of the trees, rivers and animals. We are part of nature, not apart from it.

So, how will you do your part?