The Wolves of the West Coast

Beautiful and wild. Let’s try and keep them that way.

Often feared and always elusive, the wolf has been vilified since humankind has existed, and for good reason…at least way back when. Wolves are terrifying if there’s a bunch of them and not many of you. But what if you turn the tables? On Vancouver Island, most wolf populations live north of the Comox Valley and west of the Vancouver Island Ranges. Many are right here in Clayoquot Sound, subsisting off the fat of the sea just like the rest of us. 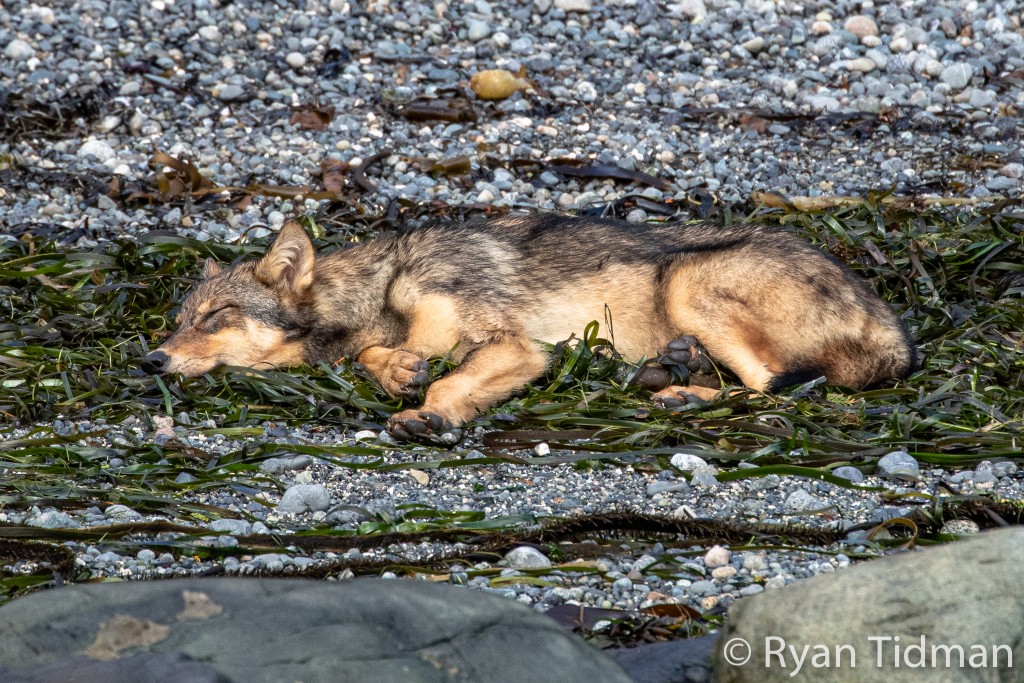 As maybe the iconic pack animal, wolves hang out in groups of 12 to 15, and the island has upwards of 250 wolves spread from tip to tip. They can be hunted and trapped each fall, winter and spring. In the 1980s, an ­experimental wolf-control program (AKA “cull”) in the Nimpkish Valley neat Port McNeill on the north island tried to help the ailing black-tailed deer recover, but didn’t work, an argument often made against wolf culls across the province. They stopped the cull in the 90s, but the kill continues in the interior of B.C. As logging continues to eat away at territory wolves need to hunt and hide in, the Vancouver Island population continues to stay small compared to the human encroachment happening with every passing year.

As a subspecies of the North American grey wolf, some consider the V.I. group “coastal wolves” or “sea wolves.” At one time, a genetically distinct wolf population did exist here, but was exterminated in the early 20th century. The current population is not different from a DNA perspective. Their behaviour is certainly unique. They are incredible swimmers, even in strong currents. They are adept at fishing for salmon, especially at spawn. They eat mussels and clams from the intertidal zone, scavenge all manner of mammals and fish along the shoreline, dine on those dastardly sea otters and seal pups, and use the rocky and sandy beaches of the coast to move fast quickly up and down the coast. At any point, they duck into the rainforest and disappear. Very few people get to see one in real life, even then most hardened locals consider themselves lucky to have done so. 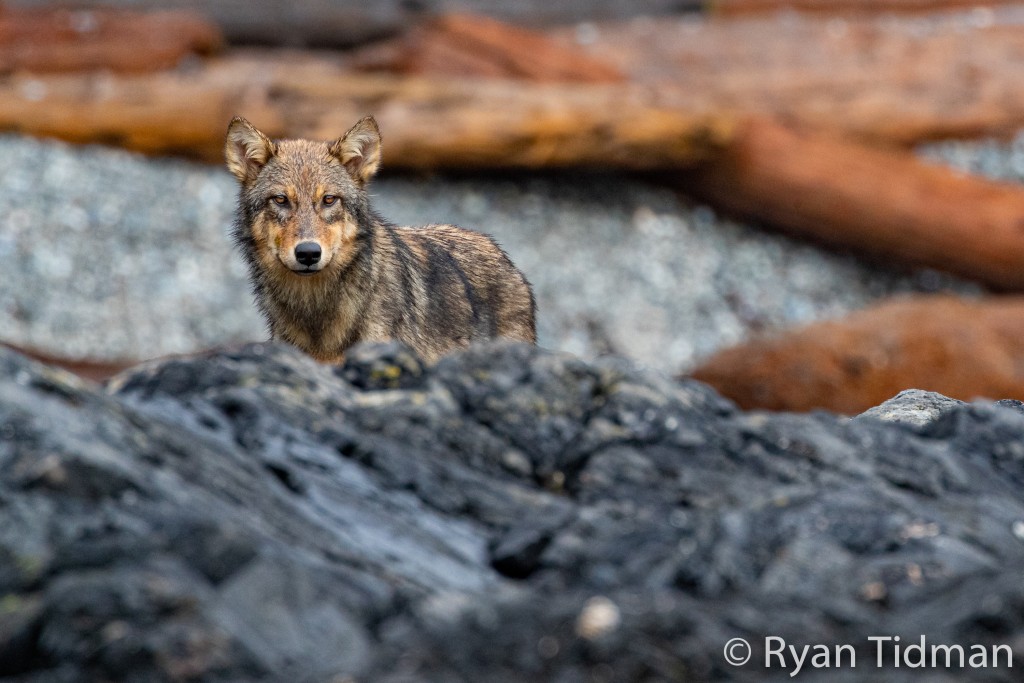 Vargas Island has become famous for its wolf pack, but there is legitimate concern that human garbage and even deliberate feeding of wolves is leading their inevitable demise. After all, one tourist was attacked while sleeping on the beach, but what the often-told story leaves out. From a fantastic 2017 article in The Tyee J.B. MacKinnon explains:

“In the weeks leading up to the attack, at least four serious encounters occurred between people and aggressive, fearless, or food-seeking wolves in the area. Finally, on July 2, 2000, a kayaker sleeping under the stars awoke in the night to find a wolf sitting on the end of his sleeping bag. Another camper scared it away, but it returned, this time pulling on the sleeping bag with its teeth. When the kayaker began shouting and fending off the wolf, it attacked — whether out of raw aggression or as a defensive response, no one can say. By the time the wolf was chased away again, the man had bite wounds to his back, hands and head. It took 50 stitches to close the cuts on his scalp. The next morning, conservation officers killed two wolves on Vargas Island. If they had been humans, we would have said that they were “known to the authorities”

Over the years, Vargas Island’s wolves had become food conditioned from tourists and left behind food. The same wolves who attacked the kayaker were the pups raised on this behaviour, all grown up on easy human food. Once again, when examined with a discerning eye, we see the enemy is us, and that our behaviours laid the foundation for our fears. Wolves rarely attack. When they do, it’s almost always our fault. Let’s do better. Leash your dogs. Pack out what you pack in. Carry pepper spray and bear bangers. These beautiful, fierce survivors deserve our respect. 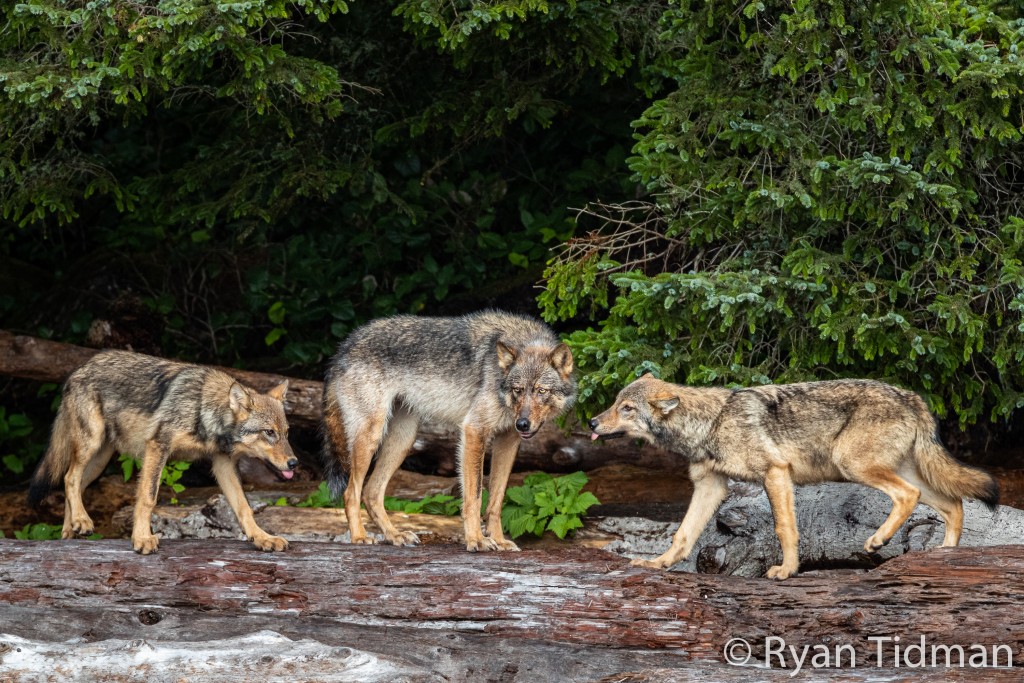