A wise person once said to own a boat is foolish, but to have friends that own a boat is imperative. At Tofino Resort + Marina, we like to think of you as friends, and we have many, many boats. One of the raddest adventures we offer—rad enough that we call it the ULTIMATE—is the one where you get to go out on your boat with a guide. Because, hey, who wants to share, right? Here’s what it’s all about, from the experience of one guest.

When my friends and I arrived at the Marine Adventure Centre, we were wondering just exactly how it works to go out on your own boat with a guide. Two of us had already been on whale watching tours before, but none of us had had the opportunity to use a boat however we wanted. Since all of us were from the mainland (Squamish, Kamloops and two Vancouverites), we were so stoked to explore Clayoquot Sound in the way we wanted to. We’d been coming to Tofino for many years, but this morning we’d be seeing the area as it’s meant to be…from the water, unhindered.

We had three choices: fishing, bear watching or whale watching, and with each choice we still got to go crabbing. Our guide Pete told us we’d probably see a bear no matter what, so we asked if we could bring the fishing rods and maybe even see whales? He laughed and said, “we’ll see what we can do.” In the end, I guess what we chose was whale watching with a side of fishing and a chance of bears? 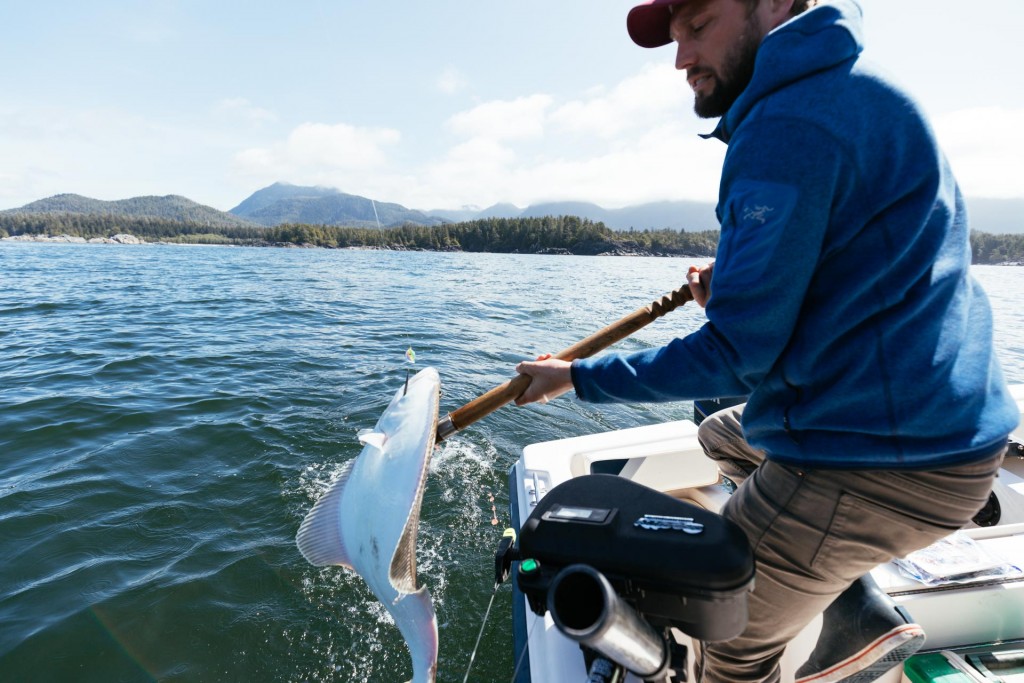 We left the dock at Tofino Resort + Marina early, but the fog was already lifting. Being a crisp clear early fall morning, the sun splintered through the fog and trees, making all of us reach for our cameras before Pete had even navigated the boat out of the marina. We motored out into the inlet. The water was running hard like a river, but Pete informed us it was just the changing of the tides. Pretty cool to see the power of the Pacific Ocean moving in such a quiet but strong way. Not far from shore, we put out some crab traps with fish heads for bait. Pete said we would come back for these almost four hours later and they’d be full of Dungeness crabs. We’d get all the legally-sized crabs in the trap included in our fee for the day. Considering the price of crab in the supermarket (which aren’t even fresh) this seemed like a damn good bonus. 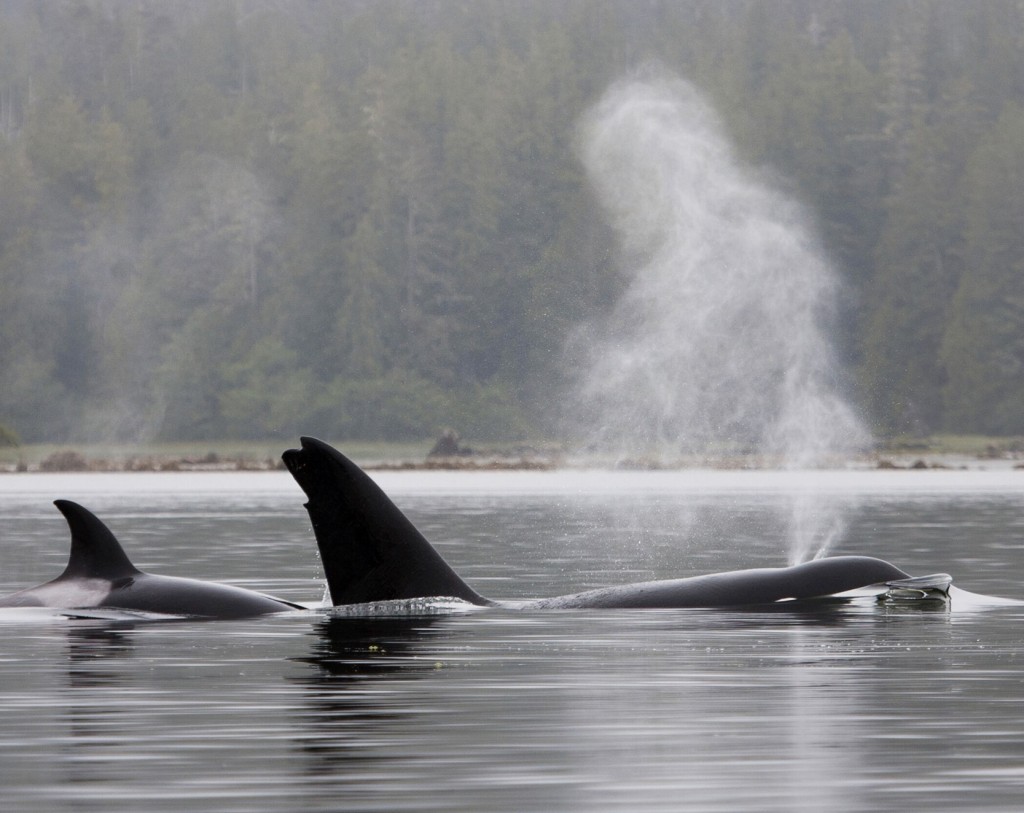 After dropping the traps, Pete asked us ‘where to?’ We laughed and admitted we had no idea, of course, but that we’d love to see some whales. Pete motored out of the inlet and whizzed out to the ocean way quicker than we thought he could. It makes sense…the ocean is just around the corner. After communicating with someone on the radio, Pete changed course and we ended up lucky enough to spot a big grey whale slowly swimming, breaking the surface with his long, graceful back. It’s hard to tell someone what it means to see an animal this big with your own eyes. It’s a jaw dropping experience, and that’s underselling it. We followed the whale for a while (Pete told us there’s a buffer zone you have to legally follow to give the whales safe space) before deciding to go back into the protected waters and try and catch some fish. 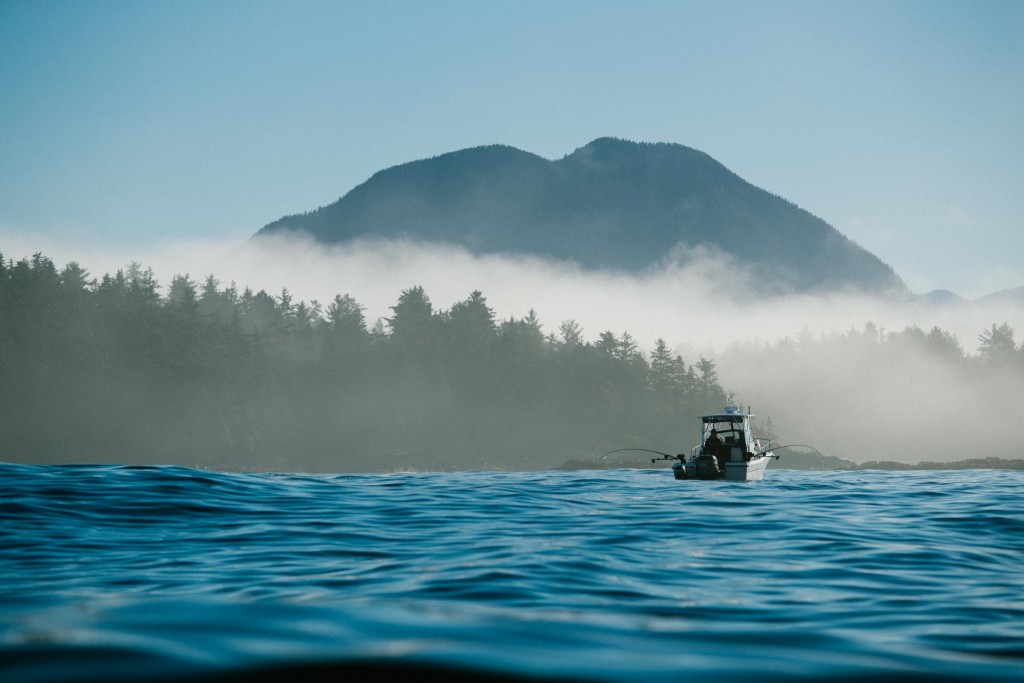 Before he’d take us in, Pete said he had a surprise for us, and showed us where the sea lions lay around on the rocks. The big stinky animals barked at us when we floated by, and one big guy even stuck his chest out. He was obviously king of the rock. We also saw a raft of sea otters floating on the waves, just chilling. Pretty funny stuff.

When we got back into the Sound, we broke out the fishing rods. Pete said we were jigging for lingcod, which happens to be my favourite ingredient in tacos. On the other side of the boat, my friend Adam cast for salmon. I was unlucky, but Adam and the others made up for it. Over the course of an hour, Pete used his expertise to move the boat around, show us how to handle the gear, cast, jig, and generally just be fishermen-types. He even entertained us with stories of the First Nations, first European explorers, and how Tofino got its name. We pulled in a few fish (that we could also keep!) and it was a rather thrilling experience for these mainlanders.

Knowing we only had an hour left, we asked Pete if we could take a quick rip and see if there were bears out. He said it was late in the season to guarantee a sighting, but we could definitely try. In the end, his instincts were working perfectly, as we saw two bears. They were black bears, which are the main bear species on the island. No grizzlies here like north of Squamish. Content with our tour de Tofino wildlife, we aimed the boat back to the crab traps and pulled up five big crabs. Everyone was hooting and hollering. 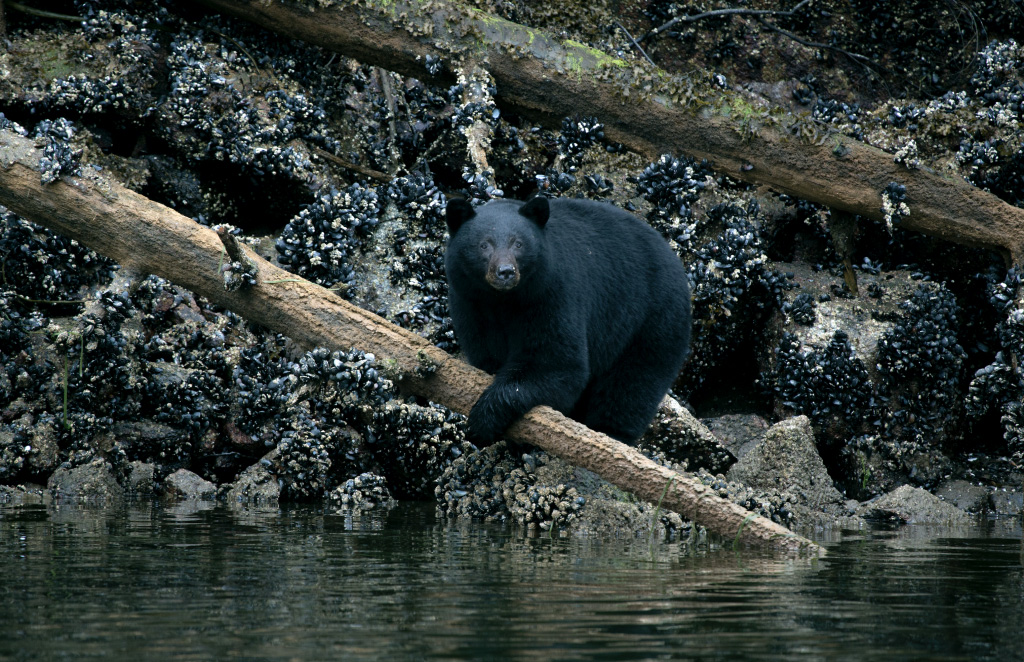 When we got back to the dock, Pete cleaned our catch and told us we can even get it cooked at the restaurant on site. It’s called 1909 Kitchen and is run by the chef who won Top Chef Canada 2019. Good enough reason for us… 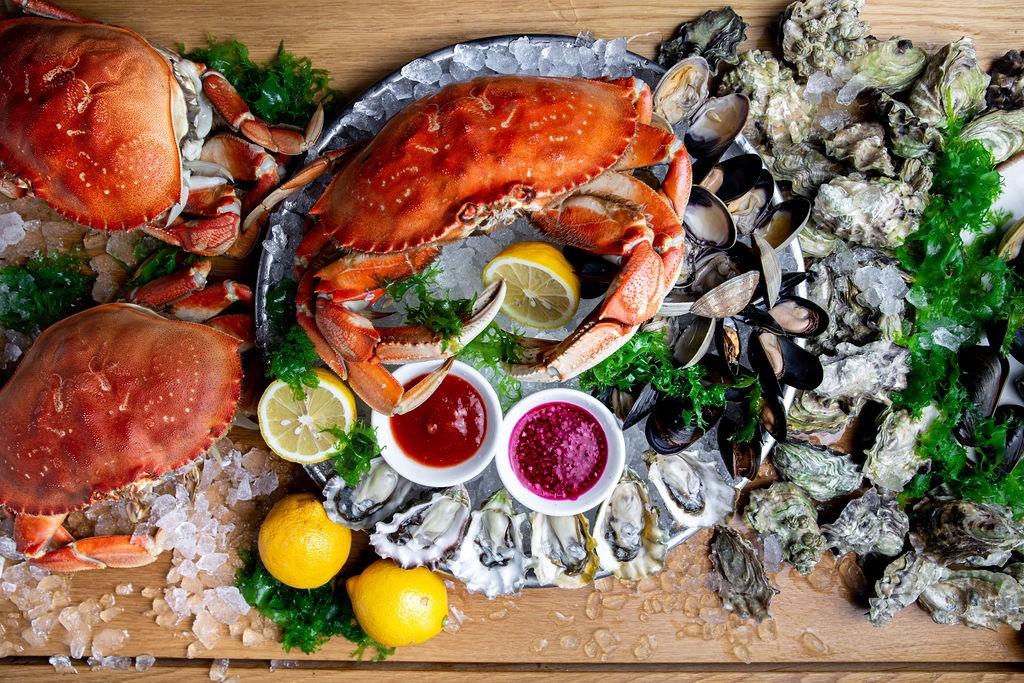 What can we say? The dinner was unbelievable. I could write a whole other article about what the chefs there were able to do with the crabs, salmon and lingcod. We ate like queens and kings. The best part is that there was fish left (but not crab) to take home. Of course, we knew we’d never cook it as well as Chef Moran did.