On the Idea of Wilderness

Tofino Resort + Marina is a proud ally in the Tla-o-qui-aht Tribal Parks Allies network. We recently interviewed the organization’s tribal administrator, Saya Masso, to learn more about the program and encourage others to rally behind this exciting new “community of businesses committed to supporting the Tla-o-qui-aht First Nation’s vision of achieving a socially and ecologically just conservation economy.” Every dollar spent at Tofino Resort + Marina supports the ecological protection and restoration of the Tribal Parks ancestral gardens and the resurgence of Tla-o-qui-aht culture and governance.

The Nuu-chah-nulth have lived in their current territory for many thousands of years. How do you define that territory? I’m especially interested in the borders beyond the horizon of the Pacific Ocean. That’s a super rad concept and I’m curious how it may or may not be defined in relation to other First Nations “ocean rights”, for lack of a better term.

On the ocean, even water channels were often shared, as one Nation may hold an island across a water channel from another island owned by a different First Nation. 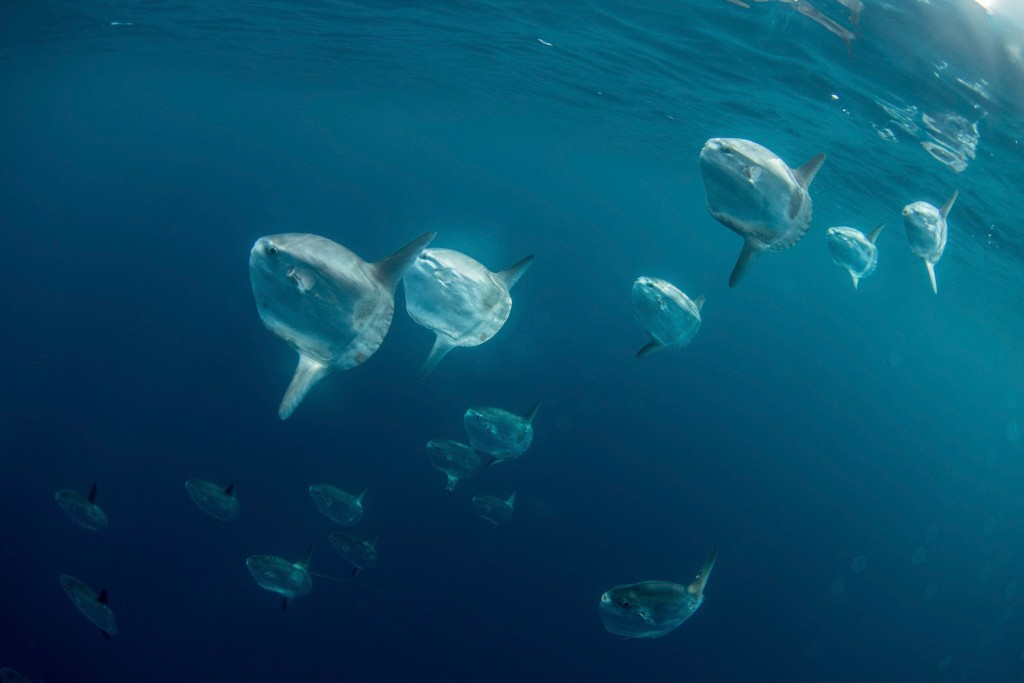 Many Indigenous Peoples believe there is no such thing as “wilderness.” It’s an intriguing viewpoint that is hard to understand for many with a settler mindset. Can you help us understand this concept?

We maintain that the idea of wilderness is a colonial idea. The first national parks were established as “wilderness preserves” and led to the forced extermination and relocation of the Indigenous peoples who had lived there for vast amounts of time and as such were a part of the ecological balance which had established itself over millennia. There is a huge amount of academic literature on this subject. The most well documented case study is the Miwuk Indians who were displaced by the formation of the Yellowstone National Park (the world’s first National Park). Here’s one example.

The demarcation of National Parks as a way for colonial governments to seize Indigenous lands is closely linked to the root of colonialism: The concept of Terra Nullius (nobody’s land). Pope Alexander IV issued a papal bull in 1493 titled Inter Caetera, more commonly known as the Doctrine of Discovery. Inter Caetera proclaimed that any Christian who discovered land West of Cape Verde or the Azores would be appointed “full and free power, authority, and jurisdiction of every kind,” as well as exclusive rights to exploit trade and resources, so long as the “barbarous nations” residing there were not of the Christian faith. Over the last 150 years, that way of thinking has fallen out of fashion, and other means of vacating the land to justify colonial governments’ claim to jurisdiction had to be devised.

The history of the concept of Wilderness is long and complicated. But if you look the word up in the dictionary, it is defined as “a tract or region uncultivated and uninhabited by human beings” (Merriam-Webster). By that definition, there is no Wilderness on Turtle Island. This entire continent is a map of overlapping jurisdictions of Indigenous Nations. See this map for an interactive illustration. 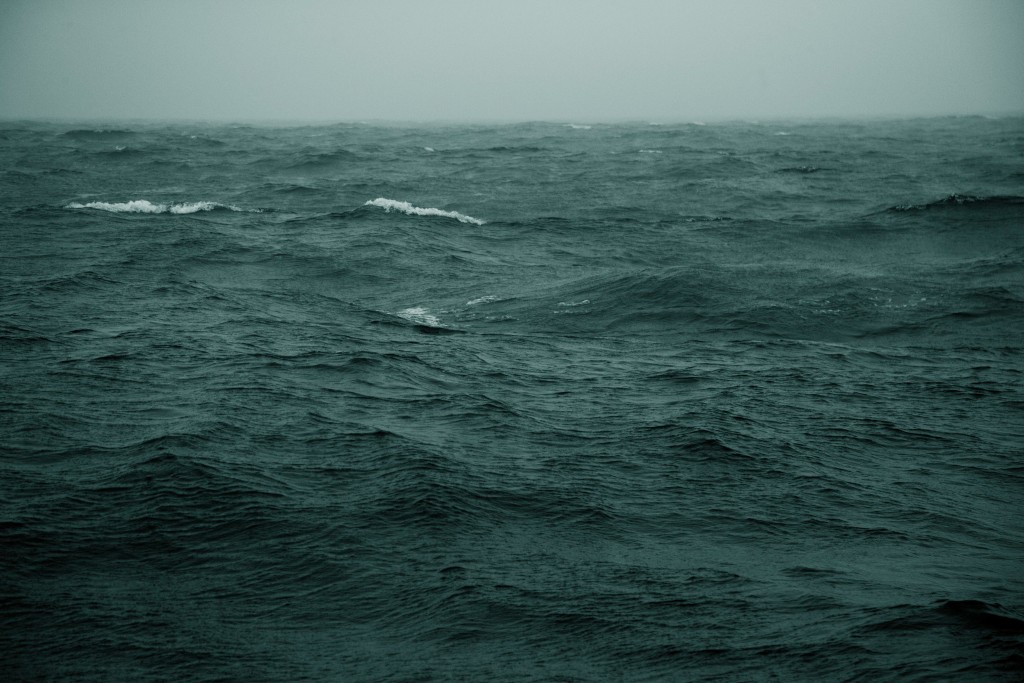 One of the things we ask our Tribal Parks Allies to do is try not to rely on the “Pristine Wilderness” narrative to sell experiences to Tourists in our homeland. While that narrative is compelling to urban non-Indigenous people looking for a break from city life, and while they’re expecting and often seeking wilderness, it is a dangerous and historically misleading way of describing this place. By selling the idea of wilderness, you are inviting a predominantly wealthy white population to come and re-enact a particularly violent period of history from which the Tla-o-qui-aht people are still struggling to heal. We ask our Allies to describe this place as what it always has been: Our Intergenerational Gardens, our Tribal Parks which continue to exist in relative abundance as the largest intact tract of Old-Growth coastal rainforest remaining on Vancouver Island. The life force of this place of which we are a part and to which we belong is still strong because our community is committed to protecting and upholding it. These forests are the cathedrals and coliseums built up for us by our ancestors and which we uphold for our grandchildren.

We believe that you and your guests can benefit enormously from abandoning the ideology of wilderness. We live in a world where it is easy to believe that humans are a cancer on the planet. But there are thousands of cultures around the world like ours who protect the life force of their homelands. Most of the planet’s remaining biodiversity hotspots are protected by Indigenous Peoples. Biodiversity highest on Indigenous-managed lands (ubc.ca)

The lesson we hope to teach is that the land needs people. Respectful people. That is what we mean when we speak about the Nuu-chah-nulth concept of I’isaak and about Natural Law.

What was the initial motivation for Tla-o-qui-aht Tribal Parks Allies and who spearheaded the initiative?

The whole model is derived from years of effort to implement Tla-o-qui-aht Rights and Title.  For many years’ TFN members have noted “that Millions of people visit our lands, and they don’t know who we are.” Thus, the Nation pursued funding and programs to install a sign at the entrance to our Territories, up at the height of land where the highway enters our watersheds, at the top of Sutton Pass, (from there, the waters start flowing to west coast).

The next part that needed to be resolved with tourists that arrive, and the businesses that benefit from them, was to articulate a relationship that would see Tla-o-qui-aht benefit from the use of our Lands and Waters. This is a fundamental piece of Aboriginal Title. 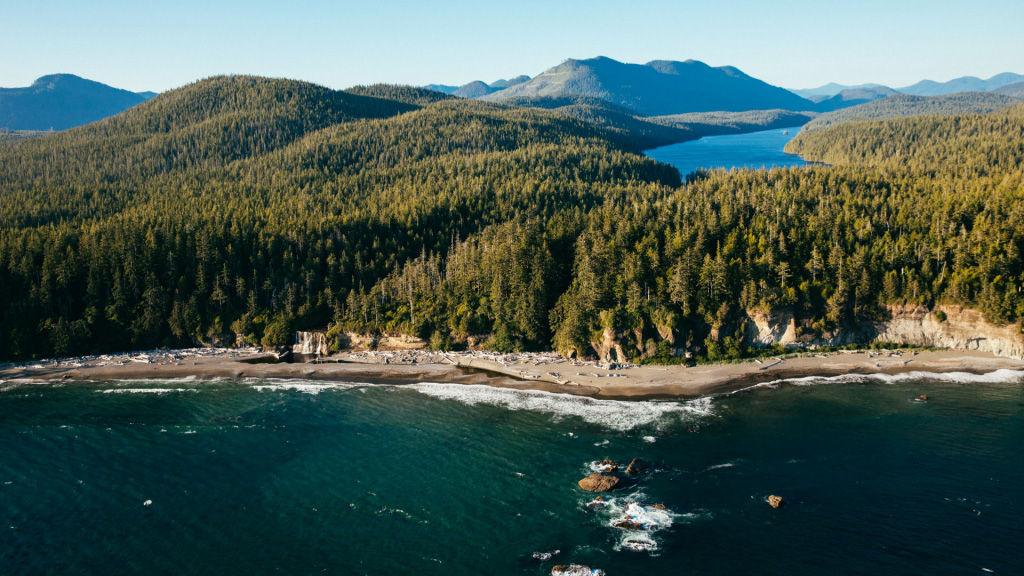 We could see that to create the conditions for businesses to desire to seek donations to our Tribal Park/Nation, would necessitate creating trust, track record, accountability, and win-win occasion. Over the years, we have enhanced Tribal Park Guardian presence, training and public awareness.  With a more clear articulation of Tribal Park Services, it became easier for businesses to understand what they would be donating towards as Tribal Parks Allies. Tla-o-qui-aht has posted openly what the Tribal Parks Allies capital plan is and also commits to annual open houses and gatherings to review objectives and deliverables. The Capital Plan includes an expressed interest to support many Regional Services that include local health care (goal of seeing enhanced services at the Tofino General Hospital), sewage treatment infrastructure, local lunch programs, culture and language, education, and other regional services.

This creates the Win-Win space for Tribal Parks Allies to operate in and feel that they are part of something bigger. As Allies they are participating in a system that will leave a legacy behind from the operation of their entrepreneurial spirit. 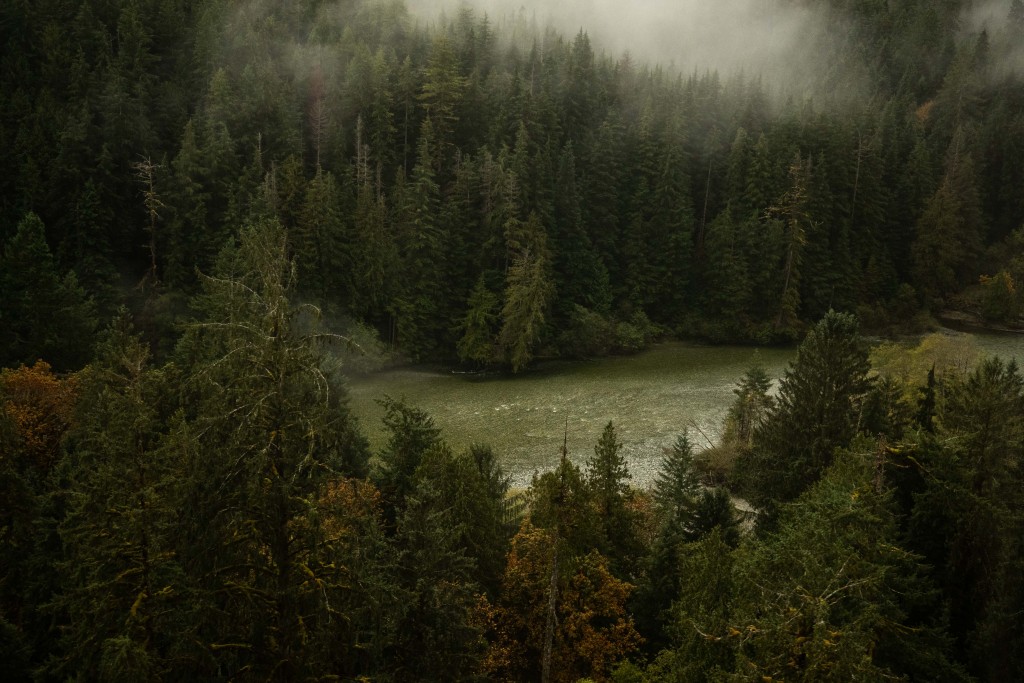 What qualities make for a suitable ally to partner with for the Tla-o-qui-aht Tribal Parks Allies?

We also ask that you attend Tribal Parks and Tribal Parks Allies events and take part in the individual and collective learning required for our communities to heal and grow together.

To date, we have several guardians trained at our hatchery site at the Lower Kennedy River.  We also have a set of Guardians trained in trail-building, and others trained in environmental monitoring and streamkeeping. The work of Guardians is to monitor and be part of the stewardship and management of the Tribal Park watersheds and river systems.

Guardian recruitment is done through our Human Resources Department and the Guardians program is coordinated by Terry Dorward. Our 2018 Tribal Parks Report can be found on the news page of our website www.TribalParksAlliance.com and details the roles of our existing Guardians. 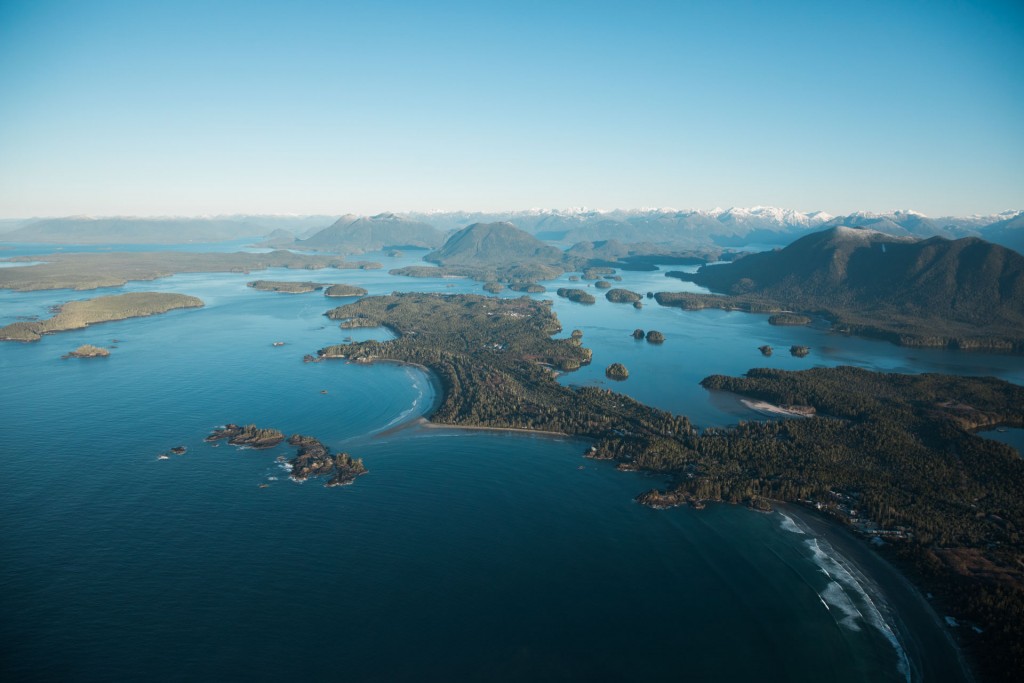 History is a tricky ship to navigate. What are some of the more enduring and inaccurate mistruths about the area in relations to First Nations stewardship?

I think I described this in the section about wilderness. Often our homeland is portrayed as empty and without any significant history. Today the population of Clayoquot Sound is a fraction of its precolonial population. When explorer and fur trader John Meares visited, Chief Wickanninish told him that there were 30,000 people here. Our own historians say there were more. Through strict protocols, rights, titles, etc, Tla-o-qui-aht lived in abundance while strengthening the life force of the Tribal Parks. Our stream keepers cultivated salmon habitat and we selectively harvested salmon to strengthen their genetic stock. Our foresters had very careful relationships with the trees they harvested. Whalers trained all their lives and had a spiritual connection to the spirit of the whale they would hunt before they set foot in their canoes.

And why did you become involved with the Tla-o-qui-aht Tribal Parks Allies?

I am not much to talk of myself. My work is guided by Elders that have gone before me, and our community members and Hawiih (Hereditary Chiefs).