The Wild Inside: Why do we love storm watching so much?

In many people’s minds, the word “vacation” carries with it an internal gallery of visuals: sunsets, palm trees, azure water, white beaches, maybe a fruity cocktail or two. Blame it on the now-extinct travel agencies marketing campaigns of ye’ olden times, or perhaps we should fault television and its eternally sunny shores, but everyone, always, was selling us on leisure and comfort in homogenous destinations. Put plainly, all those places are so normal. Which might explain why many of us have pivoted from Mexican and Caribbean all-inclusive resorts to stand on Canadian beaches in January and February.

Storm watching is a curious pursuit. It involves travelling to a location wind battered and soaked in precipitation. Once there, you find vantage points where you can (safely) watch the bluster and beauty of Mother Nature’s unrestrained fury. Some take it to extremes, like the subculture of storm chasers oh-so-cheesily captured in 1996’s theatre blockbuster, Twister. But most, well, most of us just want to experience the majesty of the environment, whether it’s witnessing waves smashing logs like matchsticks, or trees impossibly swaying to curvatures bordering on snapping.

It begs the question: why do we love watching storms so much? 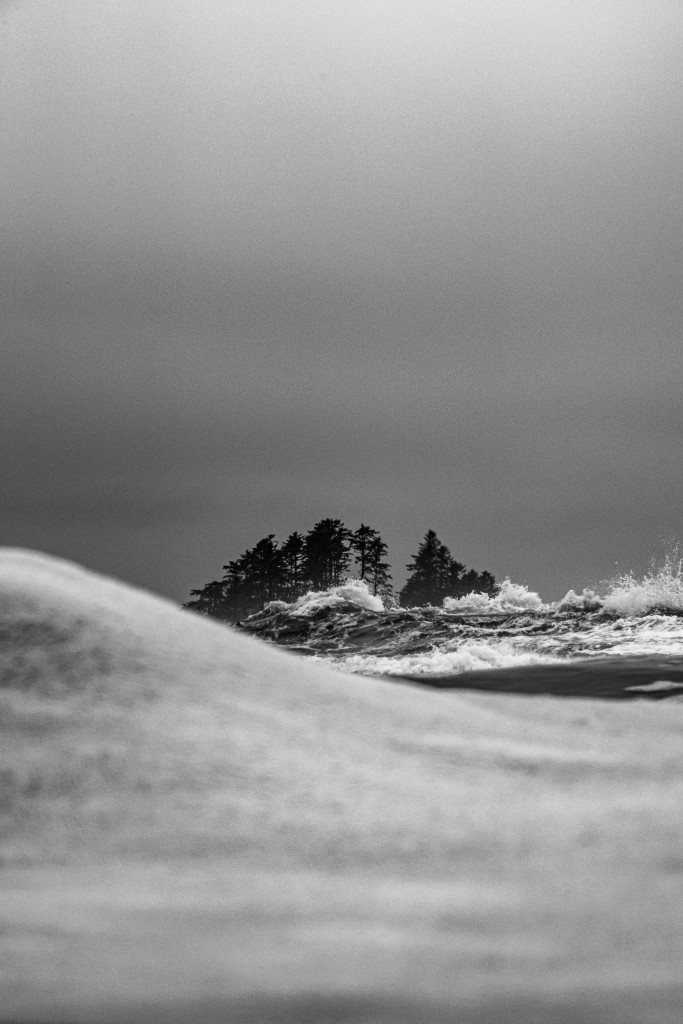 Maybe it’s a primal callback, our DNA tapping us back into the source, the strong winds shifting us back in time and forcing us to examine our relationship with danger and survival and respect for our surroundings? After all, nothing makes you feel more vulnerable than being refreshed of the fact that we are frail and mostly useless when face to face with Poseidon’s fury. The ocean is powerful, and when even the lithe, muscular women and men who make up the surf tribe won’t paddle out, those who stand on the beach and bear witness with awe often realize what the surfers know—the intertidal zone is true hell during a proper west coast storm. No one can survive it.

Well, not exactly no one. Where do the sea lions go? The salmon? The orcas? The little feeder shrimp clinging to reefs and crabs digging down into sandy bottoms hoping to ride it out. As children we were told it’s calm under those waves, but surely it can’t be totally placid. What are the big Steller’s doing in the waves? Are they playing? Are they hunkered down, riding out the storm in the inner waterways of Clayoquot Sound? Or do they swim out into the deep and find solace offshore? Whatever methods the wildlife uses to get through the storm, I trust it’s more graceful than what we do. But maybe not as a comfortable. 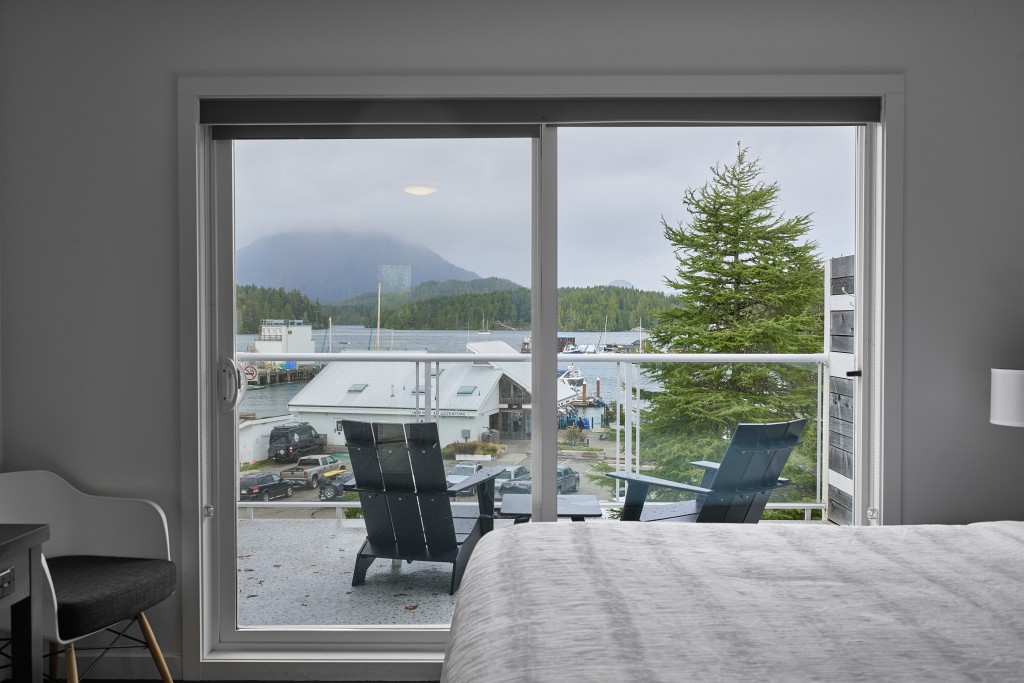 From an ocean view bedroom, with a wood-fired pizza and a nice bottle of red wine, the inner harbour surges with both tides and tempestuous winds. You watch fishermen and women, both prepared and unprepared, as they navigate Tofino Inlet, rushing for safe harbour. If you’re lucky, you watch wildlife do the same. Orcas love the inlet, as do the spectrum of seabirds and birds of prey that make their meals from what the ocean provides. From here, you can take a shuttle to the windswept white sand beaches that stand in for warmer climates during other times of year, or you can settle into the luxury of warmth, enrobed and released from any expectations. Because storm watching is about more than the Pacific Northwest’s beautiful natural violence. It’s mostly about how it makes you feel, and part of that is the comforting embrace of shelter from the storm, but only after we’ve been reminded, we are so small, and the world so much larger. Perhaps that’s why we are so in awe to ultimately realize we still belong within it, but we must go outside to know it.