The Tofino Guide to Bear Watching

We are spoiled. Those of us who grew up in the rich wilds of Vancouver Island see black bears in their natural habitat all the time. From the shores of Clayoquot Sound to the snow-capped mountains of the Vancouver Island Ranges, these bears—known as Ursus Americanus Vancouveri by the scientific community—roam the entire length of Canada’s west coast wilderness wonderland. Vancouver Island is home to one of the densest population of bears, with estimates of up to 12,000 bears. That’s a lotta fuzzy wuzzies cruising the forests, roads and, yes, landfills of the Island. Bears are everywhere. 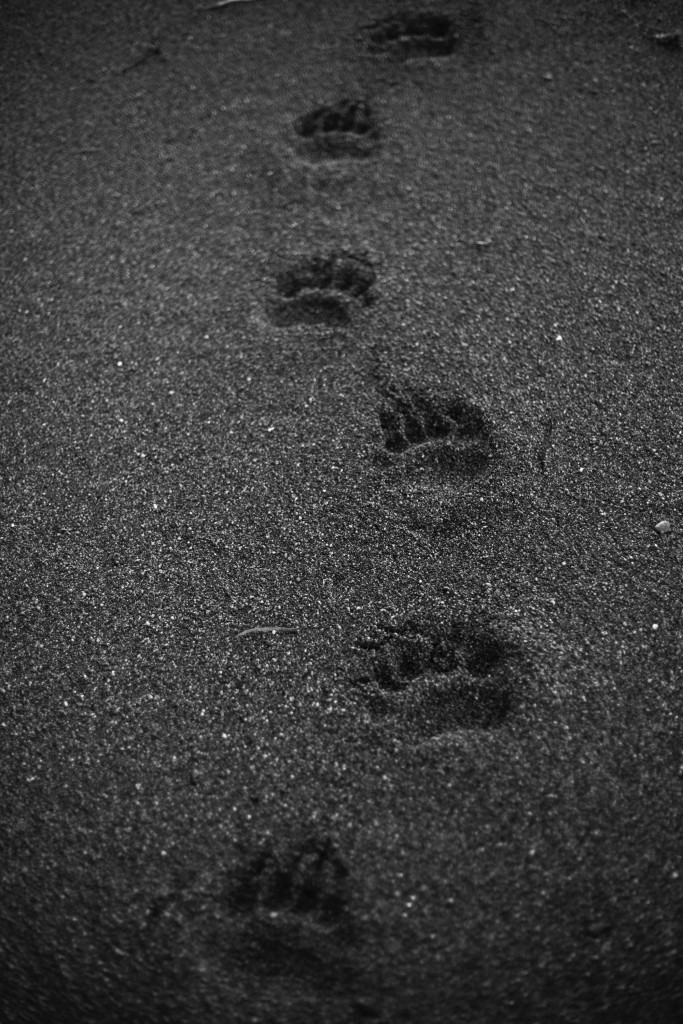 But here’s a secret; Tofino bear watching is better than most places. Why? The sheer majesty of Tofino’s landscape, skylines and water environments means that the bears in Clayoquot Sound are seen in their natural habitat. Leave the road behind. A simple boat ride will deliver bear watchers to the tidelines that black bears love.

Beginning in springtime, these furry fellas emerge from hibernation with empty bellies and spend many months fattening up. You can expect them to be feeding on grass and plants like skunk cabbage, before moving on to the small porcelain crabs that they spend most of the summer searching for on Tofino’s shorelines. On giant tides, especially those caused by a full moon, the bears come out in in droves to feast off the intertidal zone exposed by low water. With surprising dexterity, they flip rocks and reveal tiny little meals attempting to escape. The more you watch these beautiful bears, the more you feel aligned with what is the largest black bear species in the world. Some say they have a darker coat than their mainland cousins. That may be due to the fact that they are from an older gene pool of bears, one that has remained unaltered for over 10,000 years. Ancient. Patient. Beautiful. Peaceful. 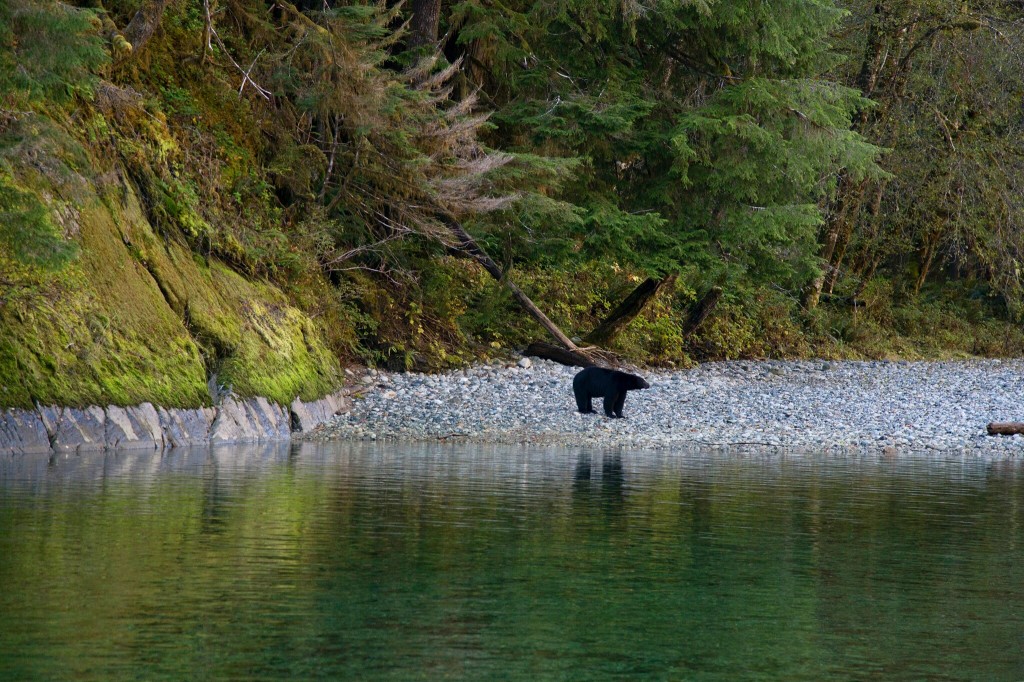 Recently, there have been rumours of grizzlies on northern Vancouver Island and the smaller islands that sit between Port Hardy and Campbell River. While the black bears have kept this bear-happy territory to themselves for 10,000 years, grizzly bears occasionally swim over from the Coast Range. It’s unlikely they’ve made it as far as Tofino. 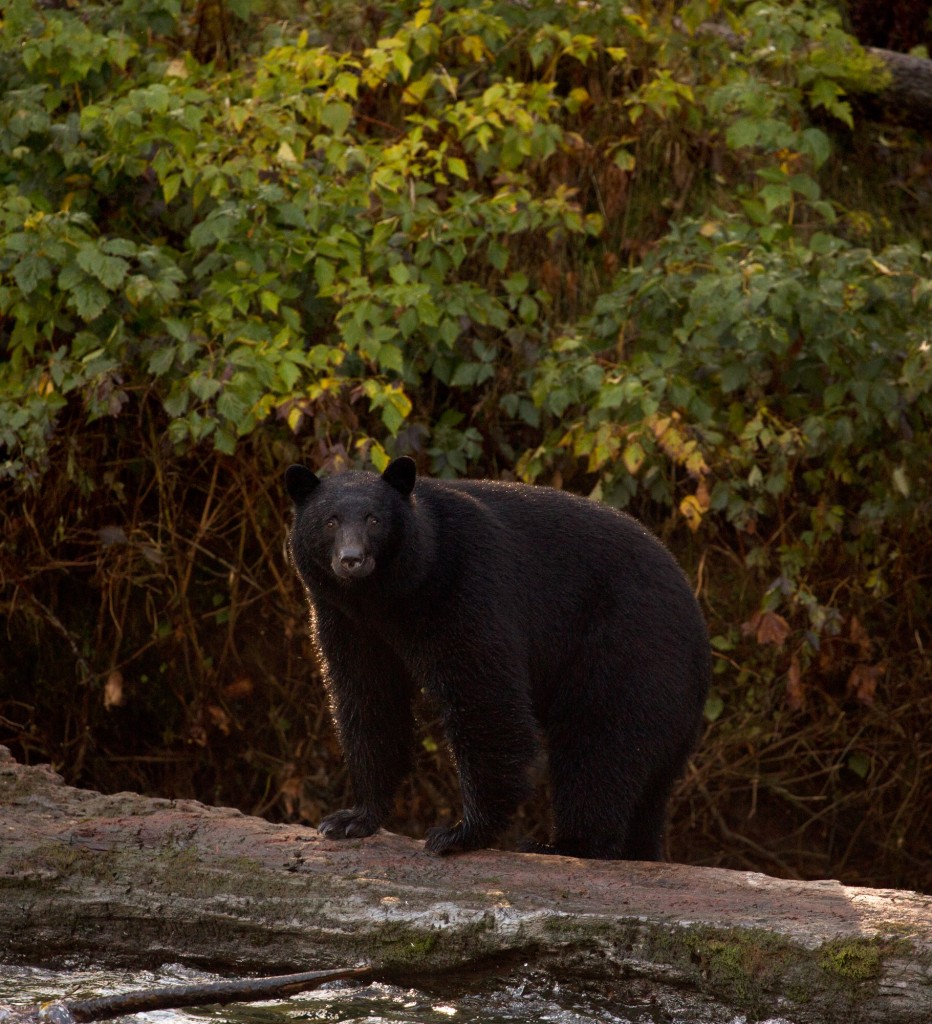 One of the highlights of a Tofino bear tour is that the same places we find bears grazing on the shoreline leads our boats to sea lions, whales, orcas and even the occasional—and rare—wolf. We drop crab and prawn traps on the way. Upon return, a delicious west coast dinner—not unlike that of the bears—is ready for us to pull up from the depths and serve at 1909 Kitchen.