My First Time: An Interview with Chef Kristian Eligh

This spring at 1909 Kitchen is going to become Utopia for foodies (again), as we resurrect the famously popular Tofino Eats Chef Series. For those unfamiliar, we invite notable chefs from other insanely tasty restaurants and bring them to Tofino to team up with our very own Terry Sommerville, Kristine Morrow, and their culinary team. We have planned four events between now and May.

Kicking off the series is Vancouver Island-based Chef Kristian Eligh of Toptable Group. Chef Eligh’s career has taken him from stages at Michelin-starred kitchens including Thomas Keller’s celebrated restaurant, The French Laundry, to being the Culinary Director at Vancouver’s Hawksworth Restaurant, and now to Toptable Group as Executive Chef of an exciting Victoria project scheduled for opening later this year. In a continuation of our “My First Time” series, we spoke with Chef Eligh to hear more about his Tofino experiences growing up on Vancouver Island.

You’ve been coming to Tofino for a very long time. Can you remember the first time?

I was probably five years old. I was born in Edmonton but my family moved out here when I was about three, to Victoria. I remember that trip well! I got incredibly seasick as a five-year-old whale-watching. [laughter]. Most of my first memories are on the west coast. It’s definitely where my heart is.

Was your family adventurous?

Yeah. We obviously spent a lot of time adventuring on the west coast. Lots of hiking, skiing, beach combing, camping, etc. My dad got a fishing boat as well, but never really got my sea legs under me as a kid. 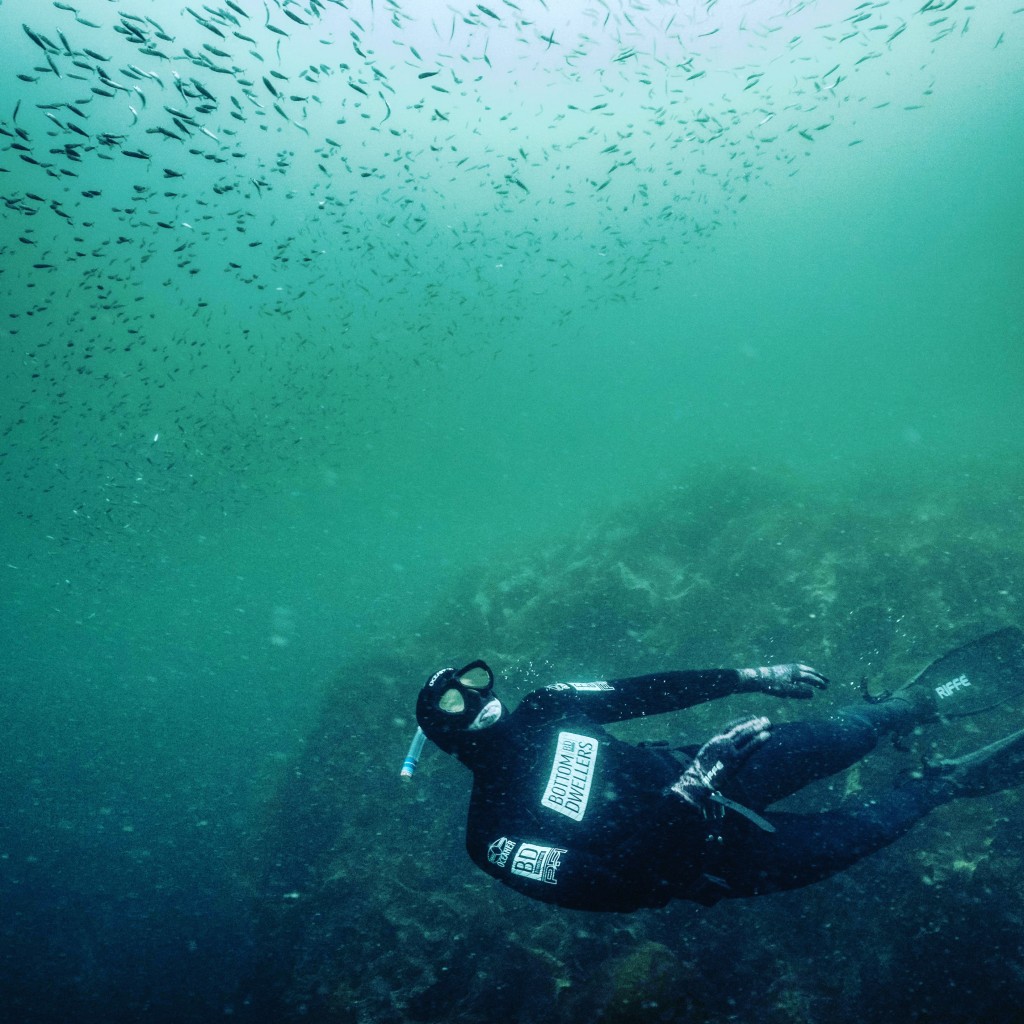 Did all that time spent outdoors influence your career?

I can honestly say that I always look back at my upbringing and wonder where that might have sparked or spawned from. I think that it was kind of all-encompassing with how I was raised and brought up. We traveled a lot as a family both locally up and down the coast as well as overseas. It allowed me to be exposed to different cultures and cuisines. My parents were very much advocates for immersing ourselves wherever we went in both of those things and I was always super intrigued by food.

How did you pivot that love of food into cooking professionally?

I started up a post-secondary career in another direction; in child psychology—if you can believe it—all the while working in kitchens to kind of support myself through college. Coming from a competitive sport background as well, there was this intense desire to perform and hold my own in the kitchen. I was thriving in what is known to be a very challenging environment, and just started to eat, sleep and breathe food. I made the tough (at the time) decision to abandon academics and pursue my craft and never looked back. 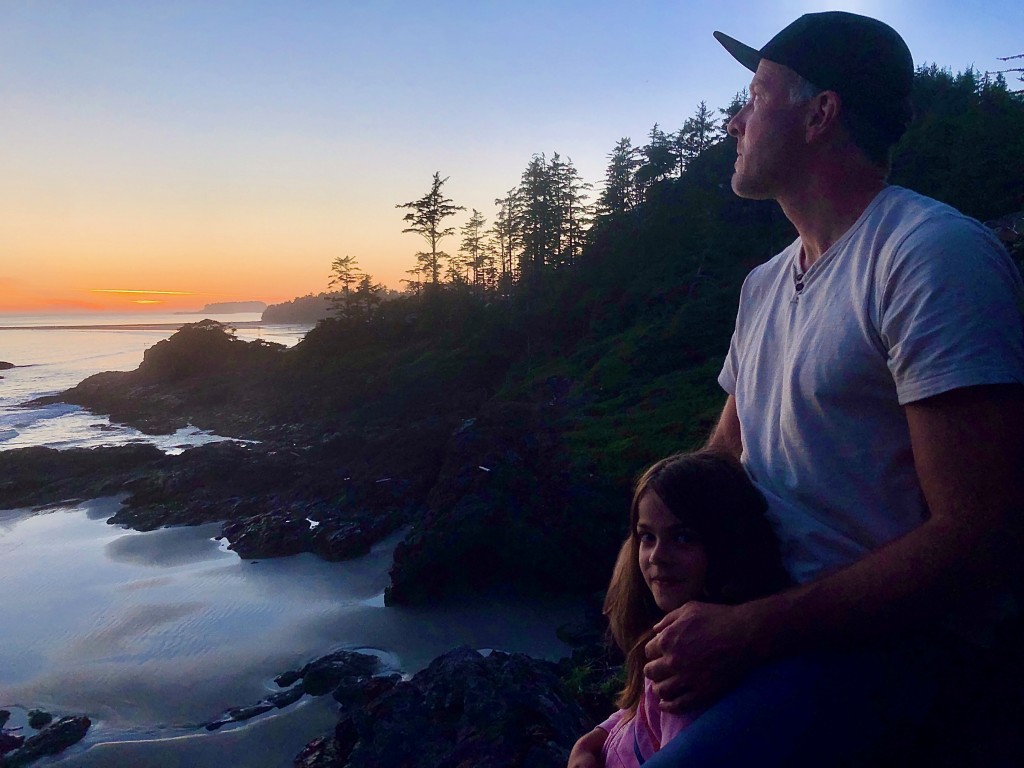 Tofino has been enjoying a spot in the culinary sun. Do you remember the first time that you noticed the shift in Tofino’s scene?

Yeah, totally I was based in Vancouver but was keeping tabs on what was happening on the island because ultimately my wife and I always wanted to get back. With such a pristine and unique environment to draw inspiration from in Tofino, it was only a matter of time. You had the likes of Rod Butters and Andrew Springett who passed the torch to Nick Nutting (Wolf in the Fog) Warren Barr (Pluvio) and many others who came out of the Wickaninnish; along with a mainstream interest with investments into the culinary landscape from the Cactus Club group. This ripple effect has brought a ton of talent to the front lines of Tofino’s culinary scene with a “wilderness-to-plate” type mantra and it’s awesome to see.

You’re making your move back to the island and to Victoria to open up a new spot. I’m curious how you start a new project. Do you bring along staff you know, or source new talent?

Camaraderie and the relationships that you build along the way are important. This will be my third opening from the ground up, but my first really truly at the helm. I think it’s crucial to success to have a strong sous-chef that you know and trust, absolutely. I will definitely have a couple people that I have history with, but look forward to bringing on new keen local talent to work beside, learn from and mentor.

What excites you most excited for this event at 1909 Kitchen?

Well, it’s cool for me because your current chef, Terry Somerville, and I have a pretty big history. I first met Terry when I was the chef de cuisine at Market, Jean-Georges the Shangri-La Hotel in Vancouver. He came to work under me there and immediately we became pretty tight buddies. He ended up following me to open Hawksworth and was an integral part of that opening team. I’m most looking forward to just working shoulder-to-shoulder with a great friend and somebody that I respect. We will have a great time tapping into some fun local products for the menu.

Islanders are generally pretty comfortable around the water. Are you a waterman?

I’ve always loved the water. I was competitive swimmer growing up, so I like to think that I could handle myself in the water. I grew up doing some surfing on the west coast: Sombrio, Jordan River, Tofino, when we wanted to make the long haul. I have enjoyed many fishing trips in my adult years which come with amazing memories.

I have two little girls now so I am finding time to get  them comfortable in the water and getting them out on the ocean. I recently just completed my freedive course with Chris Adair [from Bottom Dwellers Freediving] last summer, which was awesome. I have been having a lot of fun down here in the south Island diving.

If you were going to send someone to Tofino for two days, what would be on your must-do list for them?

Brunch at the Wickaninnish, Beachcomb around Rosie’s Point, Rent bikes and go for a beach bike ride on Chesterman’s Beach. Afternoon/Happy Hour beer at Tofino Brewery Dinner at Wolf and The Fog. Early morning surf, Hot springs Tour through TRM, return back for one of there pizza’s at the Hatch or 1909.