Killer Plant, Man; Celebrating Earth Day with the tiny monster in our own backyard

In the bogs and meadows of the Clayoquot Sound, among towering trees populated by bears, cougars and eagles, a far less imposing predator lies in waiting. The Drosera attract and ensnare flies with nightmarish fervour. Like some sort of fantastical anime enemy boss, the carnivorous plant has big nasty glandular tentacles, topped with sticky secretions that cover their surface and attract small prey. These drops of liquid resemble morning dew, giving the plant its common name, Sundews. This bug-hungry little bastard can live to be 50 years old. That’s a whole lot of insects for lunch. But let’s dive in and learn exactly how this plant makes munchies out of mosquitos.

Essentially, curious prey become entrapped in the sticky icky icky mucilage and can’t fly away. Within 15 minutes they die, either through exhaustion or asphyxiation, at which point the sundew releases a series of enzymes to dissolve the insect and get at its inner nutrients, which are absorbed through the surface of the leaves. Weird, right?

The Drosera genus has a range stretching all the way from Alaska to New Zealand, with roughly 50% of all known species found in Australia. They are believed to originally come from either Australia or Africa. The big biologist himself, Charles Darwin, was acutely interested in sundews, writing in an 1860 letter: “…at the present moment, I care more about Drosera than the origin of all the species in the world.” And we thought he loved birds. 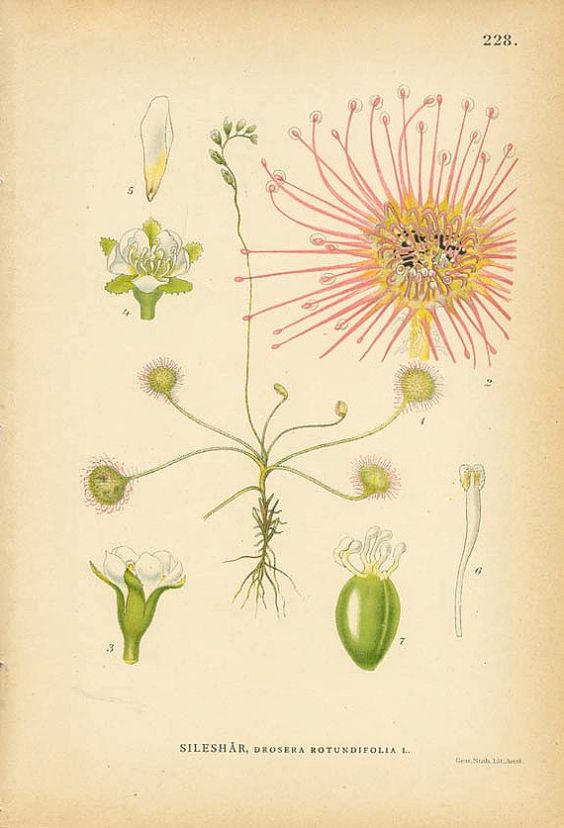 “…at the present moment, I care more about Drosera than the origin of all the species in the world.” – Charles Darwin, 1860

As with all things in the grand circle of life, sundews don’t take without giving something back. Its sap contains an antibiotic that can treat tuberculosis, asthma, bronchitis, and cough, and indigenous people around the world have also used the leaves in the treatment of skin maladies such as warts, bunions, and corns. Various Pacific Northwest First Nations figured this out a long time ago…like they did a whole lot of things.

The rounded leaves of Sundews contain an enzyme known as rennet, which is useful for curdling milk. Naturally, the Swedes use it to make cheese.

April is Earth Month, and these little monsters play a fascinating role across the entire globe. As a result of the Sundews carnivorous diet, they are able to thrive in nutrient poor soils, in a wide variety of climates. Thankfully protected by law in many European countries, including Germany, Austria, Switzerland and France, but not surprisingly in the land of all things huge, America, where they are listed as threatened or endangered in many states. Sundews prove—once again—it’s the small things that help the larger ecosystem operate. On this Earth Day let’s remember that, while blue whales and polar bears deserve our attention and protection, so do the little guys…even when they’re vicious sticky monsters. 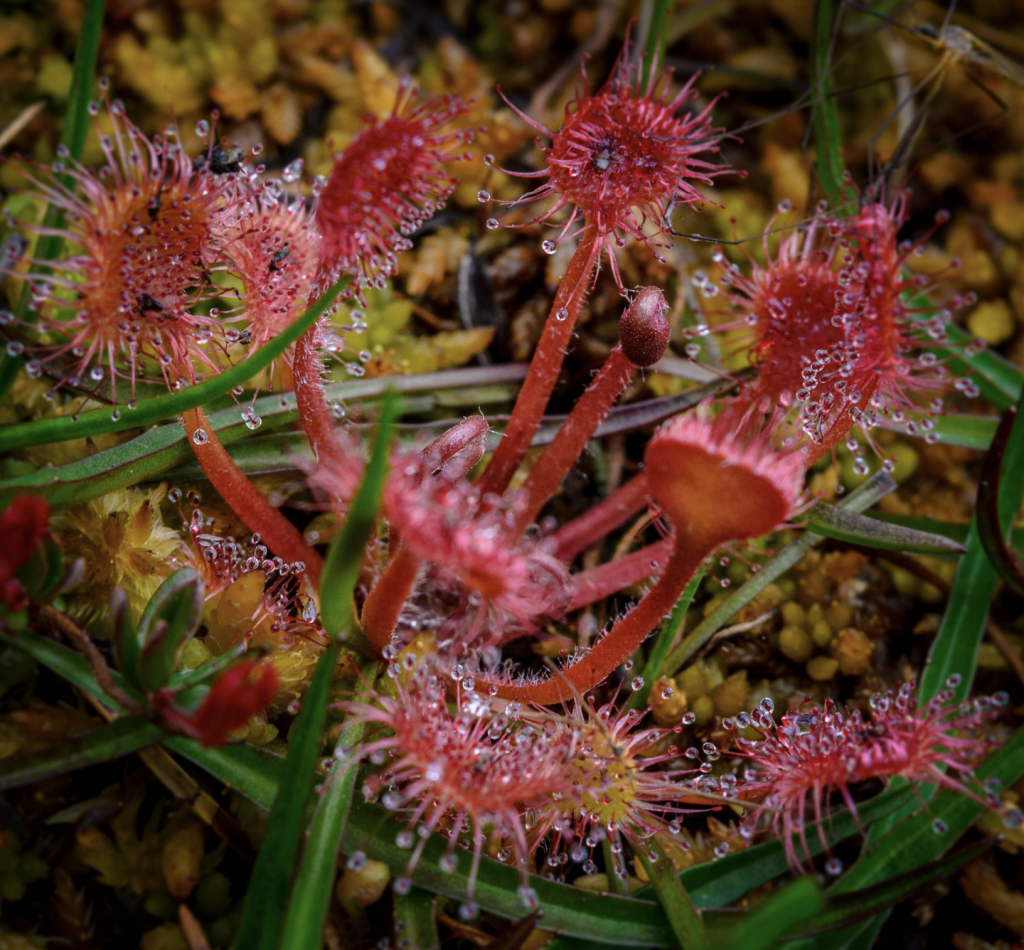