Adventures with the Fungi: A Tofino Mushroom Mission

This past spring, viewers of Top Chef Canada saw 1909 Kitchen Executive Chef, Paul Moran, thriving in his element. As the competitive cooking show pitted Canada’s chefs against each other, the TV audience could see the sheer focus, creativity and attention to the craft that has set Moran apart from much of the cooking world. What they only got a hint of was Moran’s comfortability in the outdoors. Indeed, Moran is a man of the woods.

Fall time in Tofino is a mushroom picker’s paradise, and a new foraging adventure was put together by Moran for Tofino Resort + Marina’s adventure program. On a crisp Sunday morning in November,  a few dozen fungi-hungry explorers joined Moran. What we gathered was what we would eat that night in 1909 Kitchen, so motivation was high not just for the knowledge that Moran has gained from his five generations of family foraging experience, but for the excellent mushroom-forward meal to come. 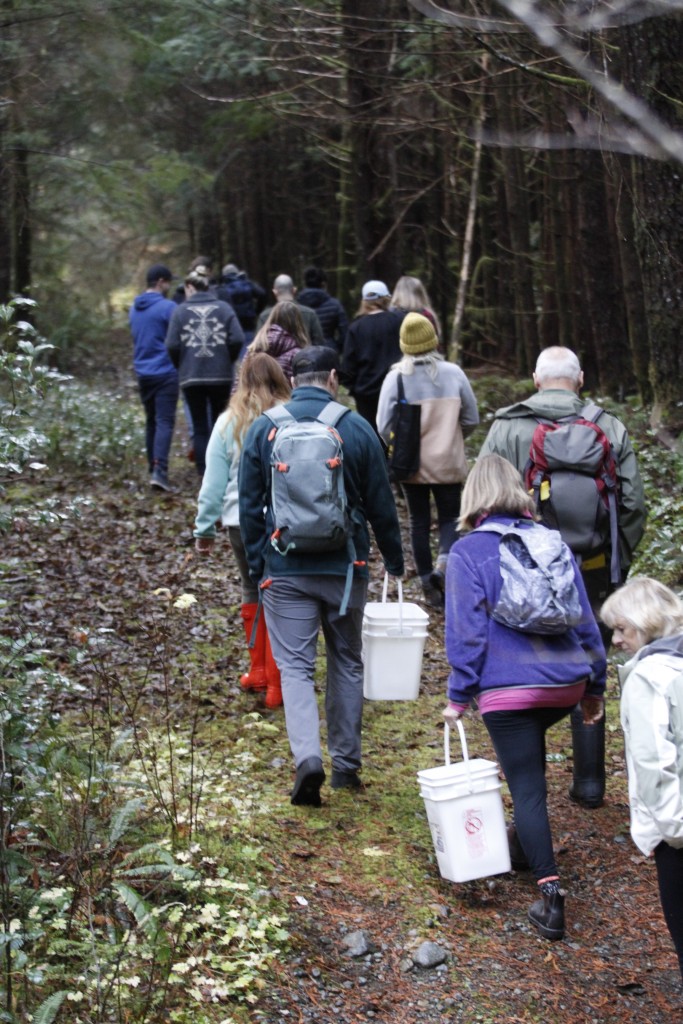 To watch Moran speak about fungi in the outdoors is an experience in itself. He moves with ease in the forest, and keeps a watchful eye on the ground, even while answering a barrage of questions from the group. We first explored some sneaky spots near the beach, where the tasty and valuable pine mushrooms seem to like the sandy and slightly-salty soil. Moran showed us how the disrupted dirt could be evidence of pine mushrooms pushing up. Did you know the mushroom we eat itself is similar to a fruit, and below is a web of mycelium that actually forms the bulk of the mushroom? 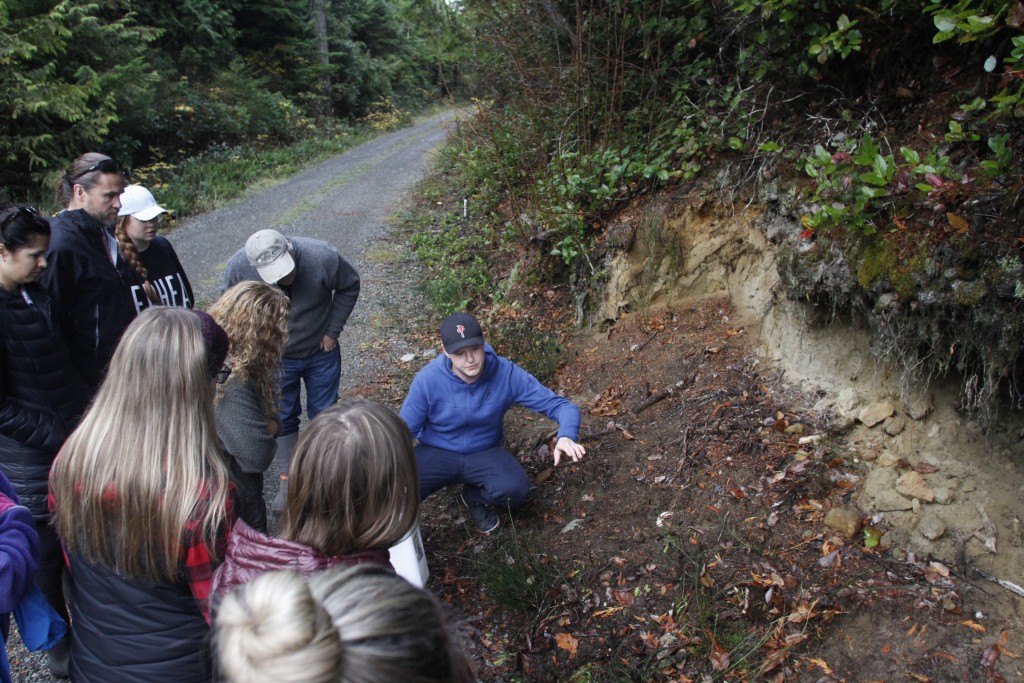 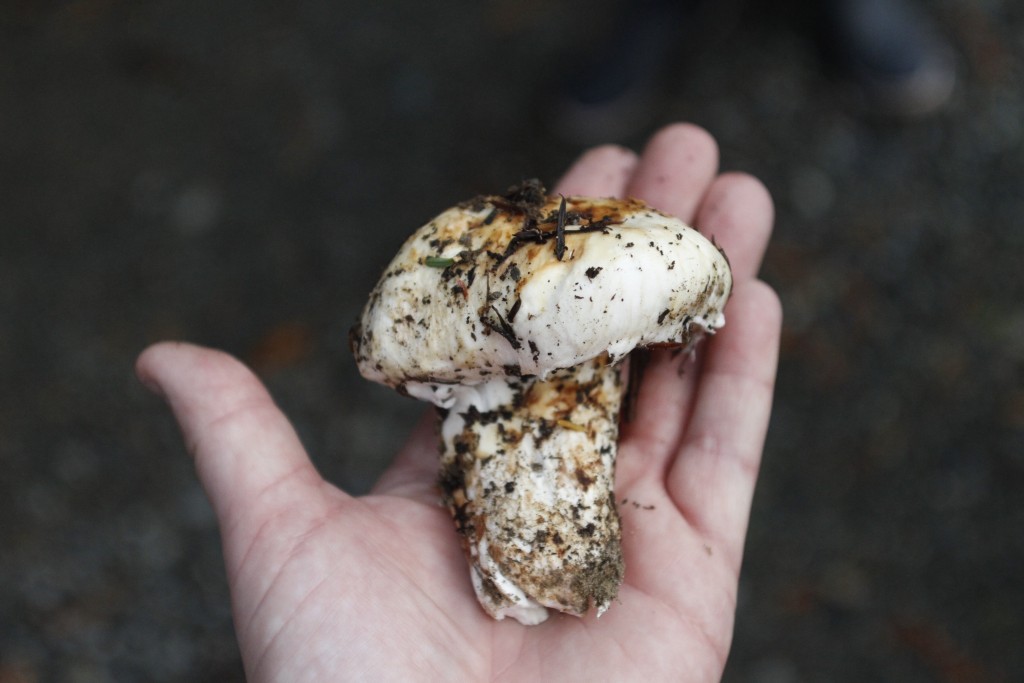 Did you know (there is a lot of “did you know’s” in the mushroom world…they are fascinating): the biggest mushroom in the world covers 2,385 acres in the Malheur National Forest of Oregon? This armillaria ostoyae is the largest organism on Earth, and it may also be the oldest organism, too. It’s affectionally dubbed the Humongous Fungus. 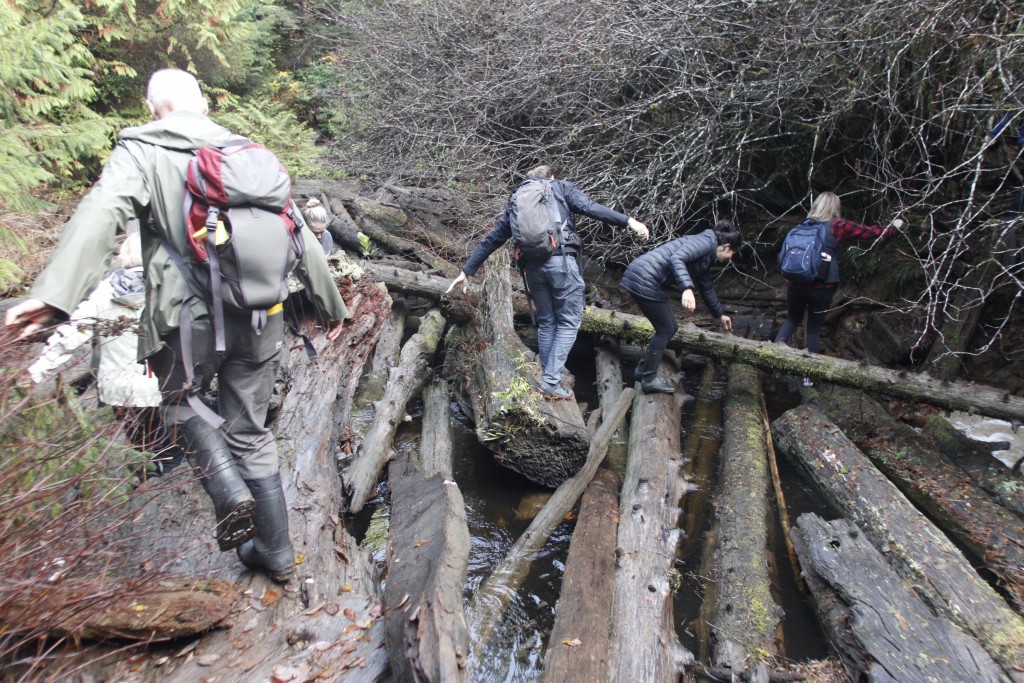 There was no shortage of adventure during the day. After all, this was a Tofino Resort + Marina operation. We relocated to a second location deep, deep in the woods. Moran took us across creeks, through thick underbrush, and deep into the Tofino forest. While it seemed like he was sharing his secret spots, a quick questioning revealed Moran had much, much more fruitful spots and mere mortals like us would never find them. Still, we scored. Big time. 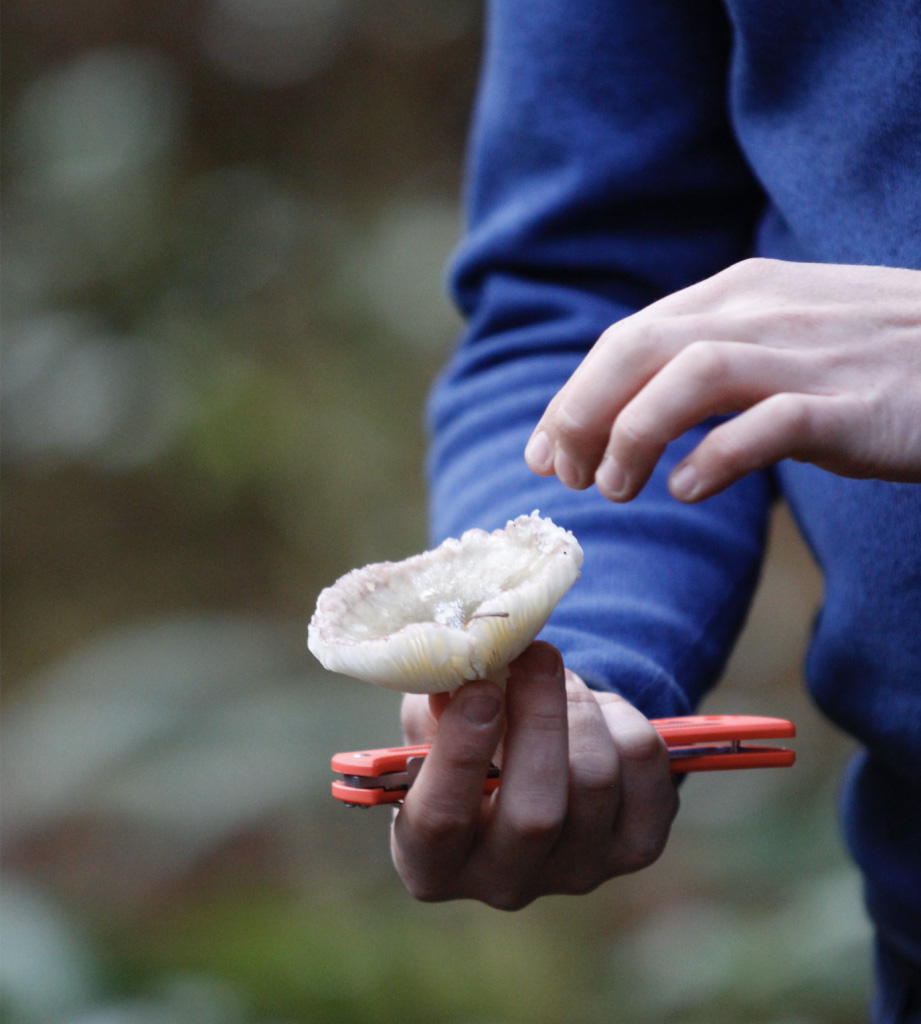 Whenever a solid specimen was found, Moran would take the time to explain the species of mushroom, where it was in its growth cycle, if it was edible, if it was poisonous, how it may be used in cooking, and what flavour it produced. The myriad of mushrooms found in the forest may seem like an insurmountable amount of knowledge to understand, but Moran wasn’t stumped by our questions once. Did you know (here we go again) that, contrary to popular belief, there are no mushrooms in the world that can harm you, kill you, or get you high as a kite just by touching them? You can touch any mushroom. So rest easy, amateur mycologist. Did you know a mycologist is a mushroom scientist? 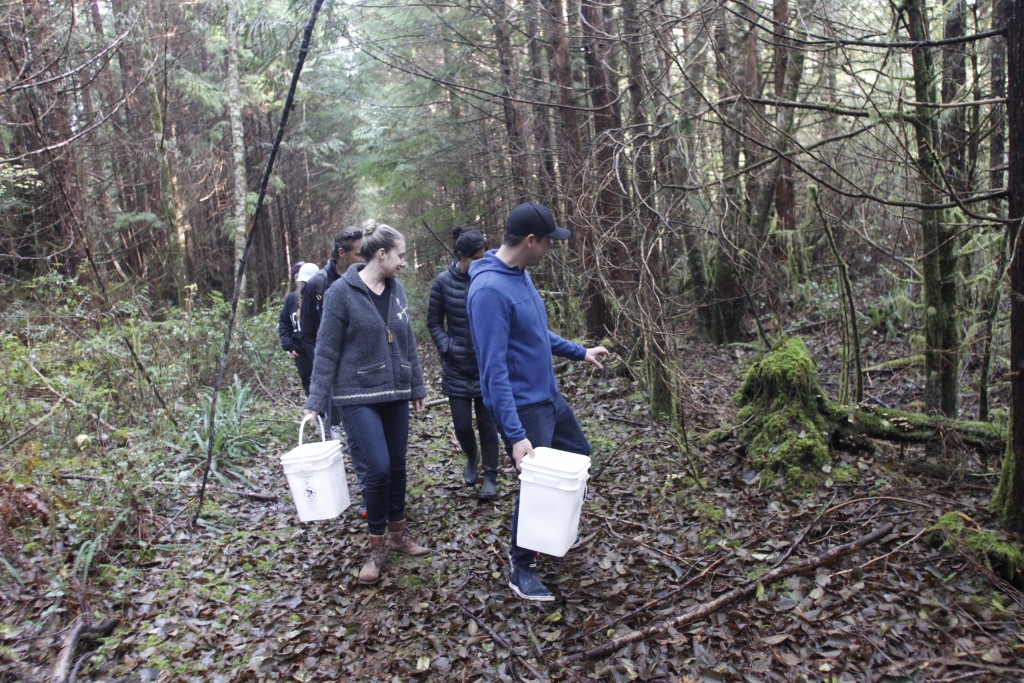 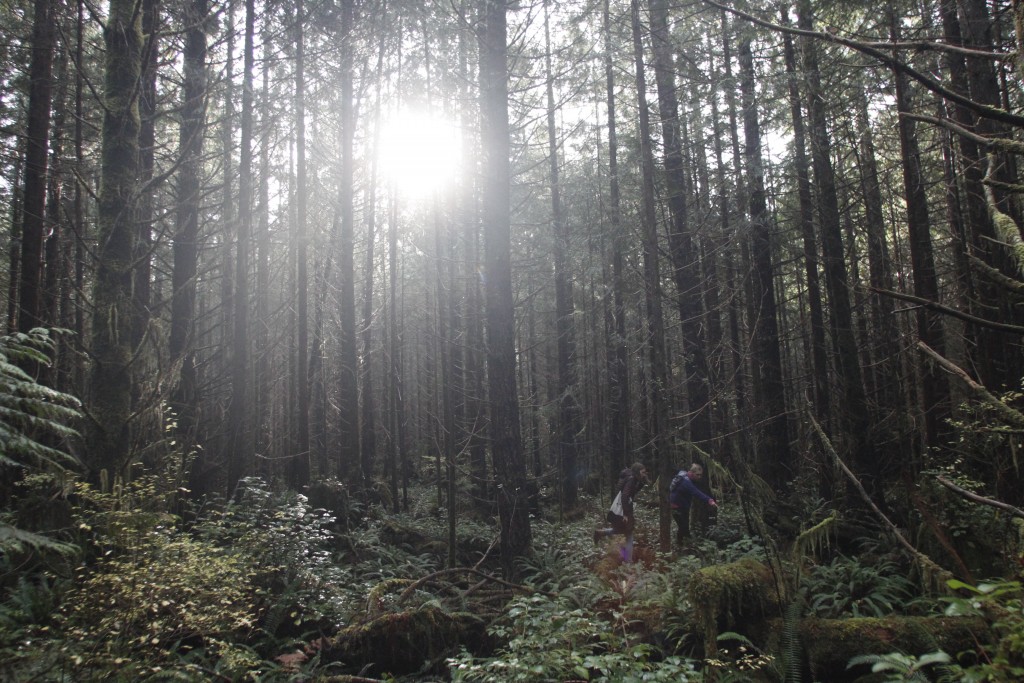 Mushroom picking is enjoyable not only because of the treasures you find, but because it’s basically a walk in the woods, and what’s more enjoyable than a little forest bathing? It was uplifting to watch these freshly-anointed pickers delve deep into the bush with enthusiasm in search of chanterelles, pine mushrooms, chicken-of-the-woods, and all the other beautiful and tasty fungi that exists in the Pacific Northwest biosphere. 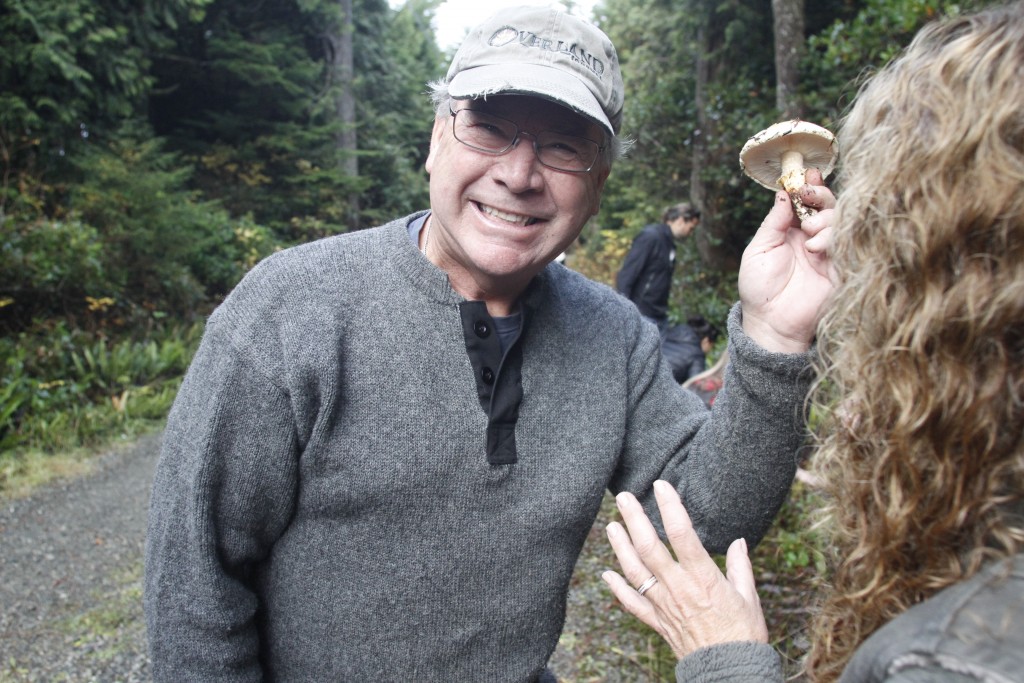 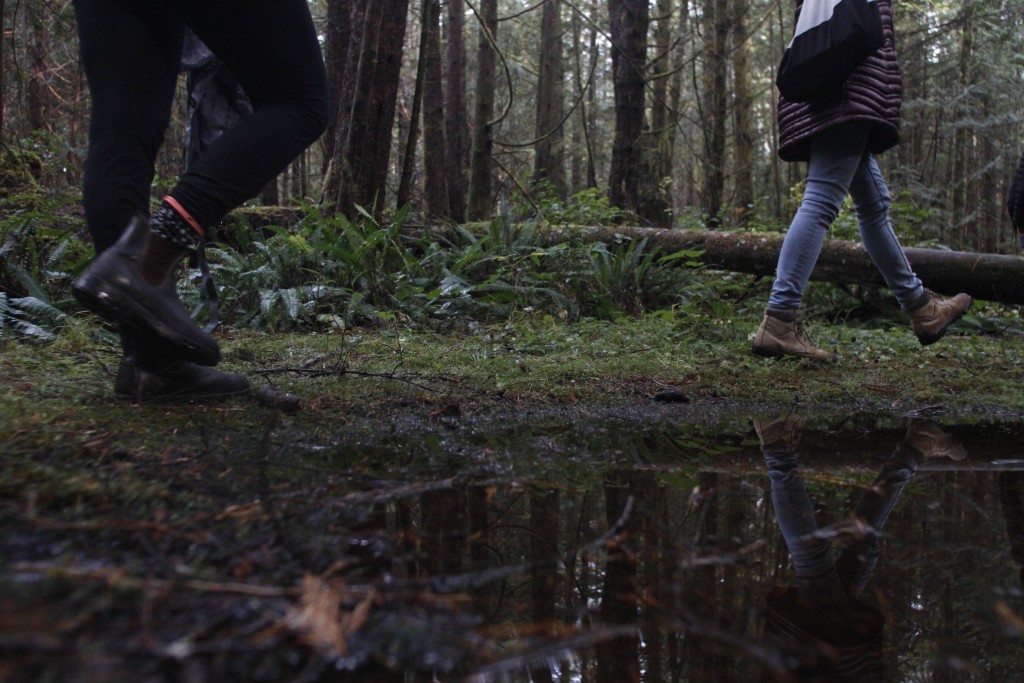 After 5-6 hours of guided foraging, everyone had found success in finding a few mushrooms of their own. With multiple buckets filled with multiple species, we returned to home base at Tofino Resort + Marina. I interviewed Moran as he cleaned the forest detritus off the bounty, and planned a meal that would include diverse flavours like teriyaki, miso, umami, and the floral excellence of pine mushrooms shaved over everything. 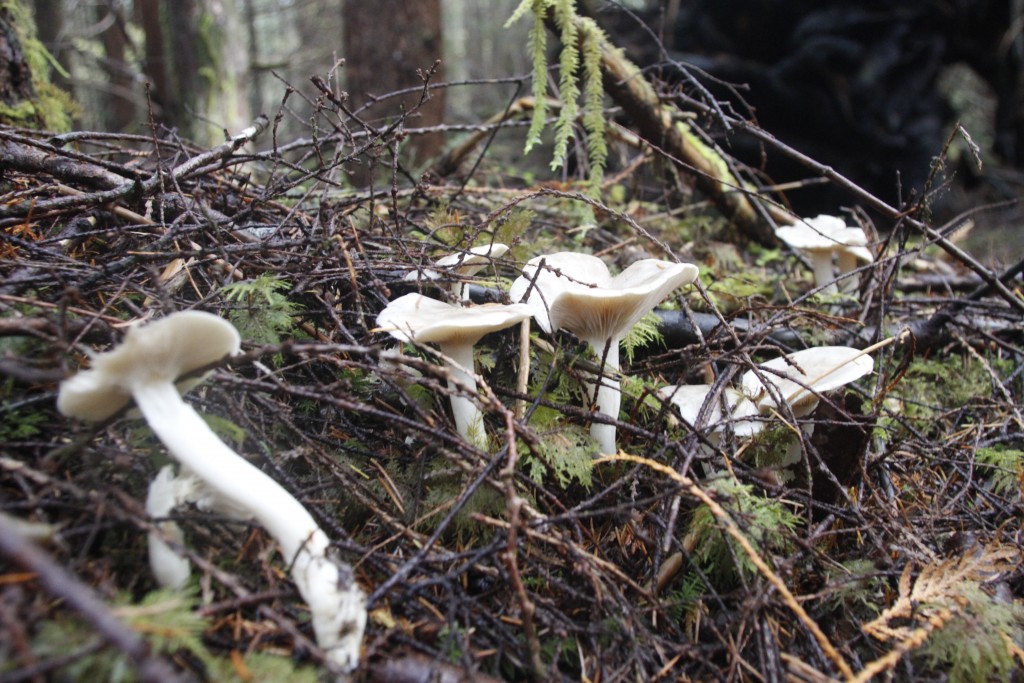 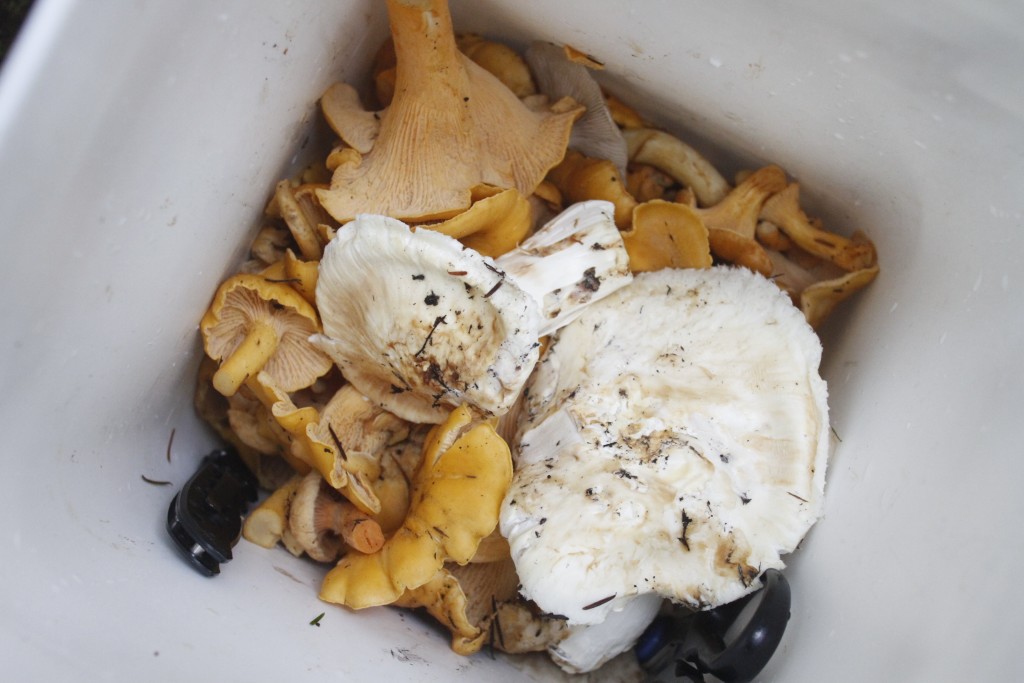 It was a pleasure to sit waterfront in the 1909 Kitchen dining room under soft lights, laughing and joking with new friends about mushroom successes. Chef Moran delivered dish after dish. My favourite was the teriyaki chanterelles, but the creamy sauced-up pizza with fresh shaved pines was incredible too. Dessert featured a surprising pine mushroom snow, showcasing the inventiveness that Moran showed on Top Chef Canada, and continues to every single night in 1909 Kitchen. Did you know…he’s a damn good chef? If not, it’s time you find out. 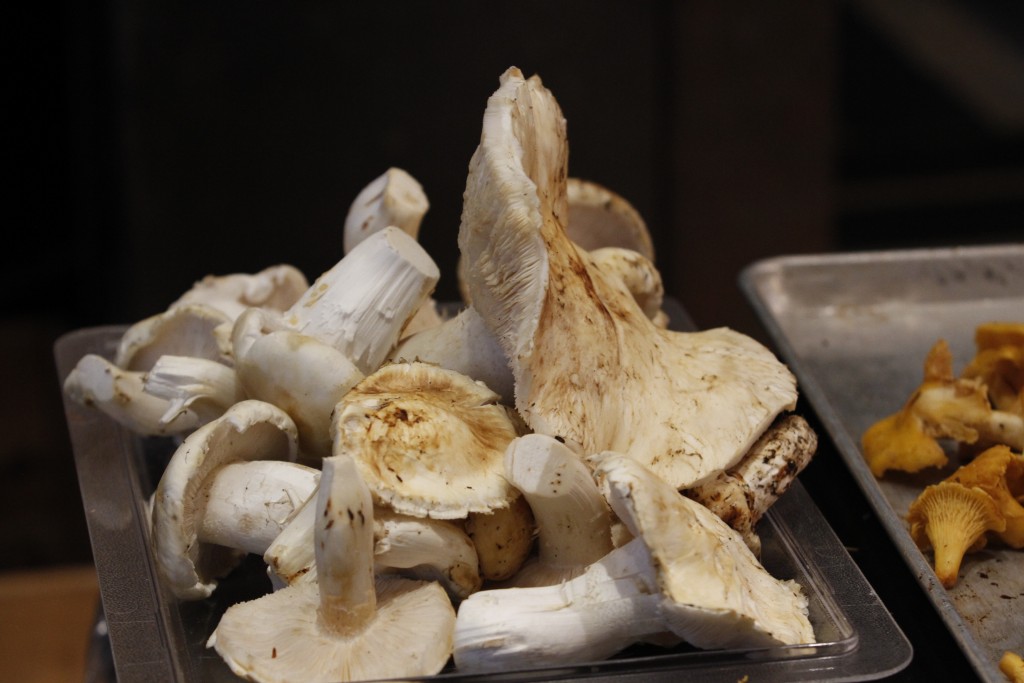 Want to get in on this? Moran will be hosting more foraging events in 2020, and not just mushroom-focused dinners. There’ll be ocean-focused foraging events too. Stay in touch with Tofino Resort + Marina and 1909 Kitchen on Instagram to keep tabs on what we are up to. Happy picking, partners.