A Love Letter to the Whales 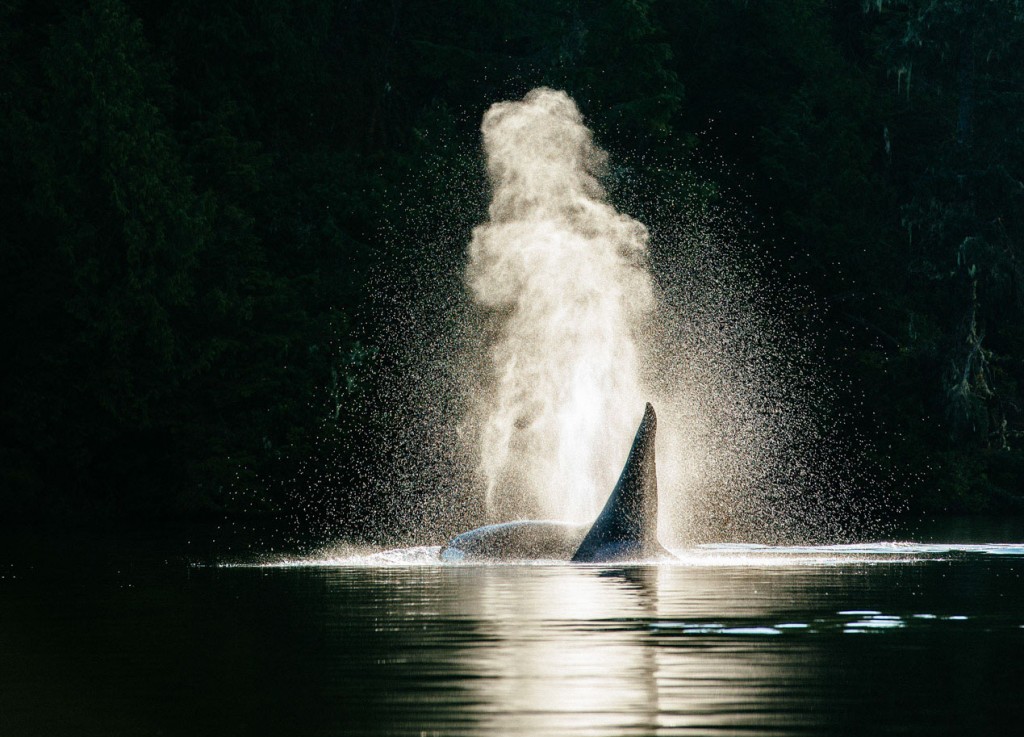 On my 15th birthday, my father offered to take me on a whale watching tour off the coast of Tofino, British Columbia. Knowing that I’d live forever and so would the whales, I naturally declined, instead asking him for a fleece vest from Mountain Equipment Co-Op—a style that was popular that year. I could always go see a big, dumb fish swim around. Boy, was I wrong, and on so many levels.

The fleece vest lasted two years before I decided on its inherent dork status and relegated it to the back of the closet. It took me 20 years to finally see a whale in the wild. I’ve since learned that the gift of an experience far outweighs a material purchase, and that viewing a whale from a vessel in the great blue ocean is one of life’s most rewarding pleasures.

Whales are both true locals of the coast and world travellers. These ancient leviathans remind us of how small we are in the world. In Tofino, we mostly see three species of whales: the grey whales who migrate great distances up and down the coast to Mexican birthing waters and beyond, humpback whales, who have enjoyed a fortuitous return since almost being hunted to extinction, and orcas—also known as killer whales—who are an iconic symbol of the B.C. coast. Indeed, from our shores you can even spot these beautiful mammals from shore, occasionally breaching beyond the surf breaks of Long Beach or hunting sea lions in Tofino Inlet. But to truly get a sense of the cetaceans of Tofino, a boat trip is in order.

Whales can be viewed year-round, but the strongest season begins in March, when a mind-blowing 20,000 grey whales swim past Tofino’s sandy shores. They’re intent on their annual migration from the Baja Peninsula to Alaska’s Bering Strait. These intrepid animals can travel up to 20,000 kilometres a year, and live an average of 60 years. Grey whales are about the size of a bus and weigh 30 to 40 tons. They feed unlike any other whale in the ocean, scooping and sucking up creatures off the sea floor like a vacuum cleaner, and filtering it through the fingernail-like “baleen” in their mouth.

Grey whales great barnacled snouts are rarely seen as they are not known to breach like orcas or humpbacks, but they do “spy hop,” meaning they raise their heads above the surface vertically to take a quick look around. How to tell the difference between the grey and humpback? Greys do not have a dorsal fin. 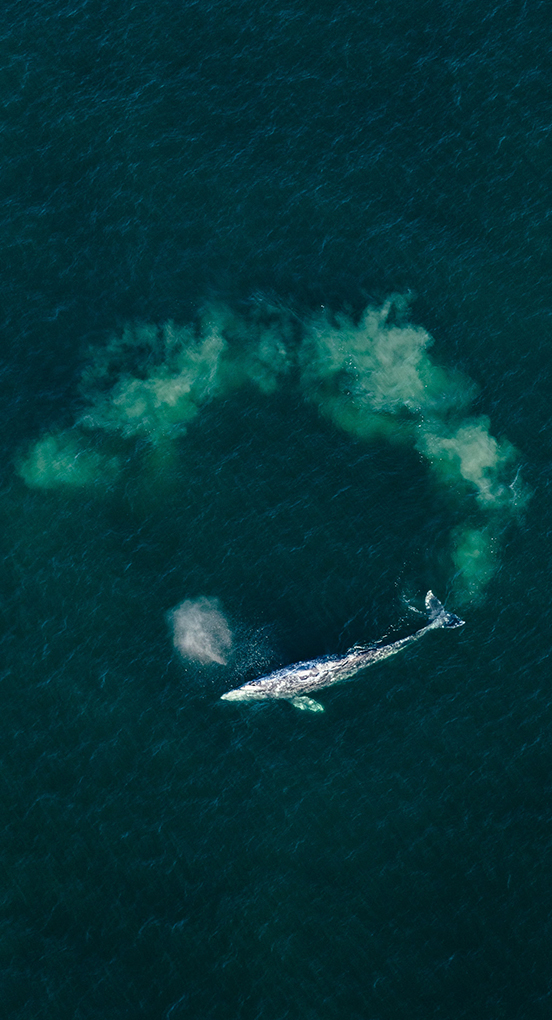 When most people imagine whales, the humpback is often the species that swims to mind. These majestic whales were close to extinct once, with an estimated low of less than 1,400 animals in the late 1960s. In 1846, 292 whaling vessels hunted whales all up and down the so-called “Kodiak Grounds,” an area that extended from the north of Vancouver Island past Tofino’s waters. By 1849, the whale of choice—right whales—were almost extinct. The industry moved to bowhead and grey whales. When the 20th century brought steam power to ships, whalers were able to move faster and the industrial whaling industry set their sights on faster species, such as sperm, sei, fin, blue whales, and the graceful humpback. Quick ships could catch them, exploding harpoons would severely injure them, and hydraulic winches were able to retrieve whales before they sank. Before that, a heartbreaking 50% of whales weren’t even recovered when killed. At least the sea was able to consume them, instead of greedy humankind. From 1907 to 1967, 25,000 whales were processed on the shores of British Columbia. The math says that an additional 25,000 were taken by the deep.

In what is one of conservation’s greatest success stories, an international whaling ban took effect in 1966. Humpbacks have since rebounded to a staggering 20,000 big, beautiful, sentient cetaceans swimming our blue oceans. 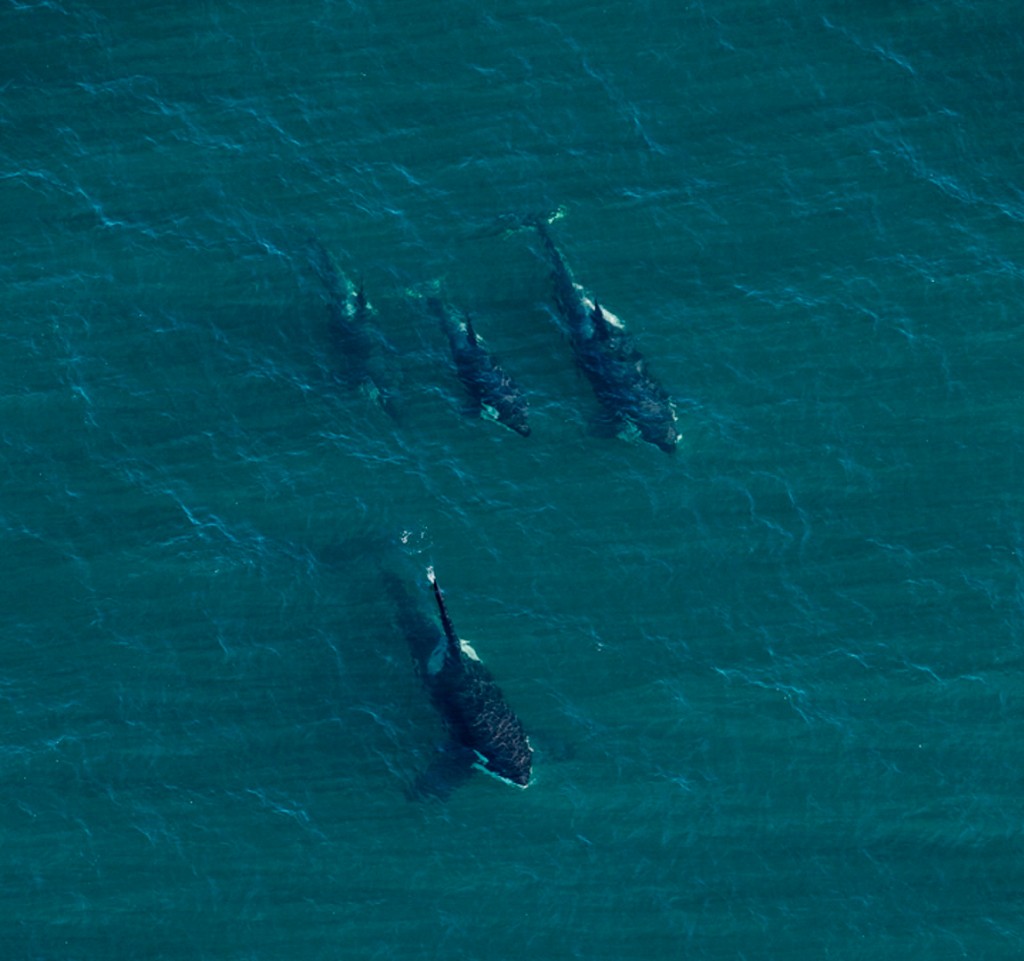 The most iconic whale on our coast—the killer whale—is arguably not a whale at all. It is the largest member of the dolphin family, albeit is also a member of the toothed whale family, so you can still bring either argument to the holiday dinner table. Killer whales, or orcas, are highly-intelligent, fierce apex predators who are known to take down much larger whales and even sharks. Although feared by many—most likely due to their reputation as killers in captivity—there has never been a recorded human death by orcas in the wild. That being said, you probably don’t want to be in the water with them when they are feeding.

There are three types of orcas.

A few years ago, when I finally went whale watching in Tofino, I saw the barnacled fluke of a grey whale break the surface and was lost for words. When its long giant back crested again, it misted the sky with exhalation. My heart swelled and broke. I will be able to recall the way the light shined like diamonds off the Pacific Ocean for the rest of my life. So I offer this unsolicited advice to you. If someone offers to take you whale watching in Tofino, go. Now. Better yet, offer to take someone else and do not let them say no. You just might change their life. And you will certainly change yours. — Mike Berard