Tofino-based 1909 Kitchen will host a spring installment of their Tofino Eats Guest Chef Series, running from late February to early May, 2021 in a flexible and safe format.

An extension of 1909 Kitchen’s approachable and heart-driven take on dining, and designed to pay homage to the restaurant’s coastal roots and the vibrant flavours of the Pacific Northwest, the spring series will feature dinners co-hosted by four talented British Columbia chefs:

“We are looking forward to welcoming these highly respected chefs to 1909 Kitchen through the spring months,” says Chef Terry Somerville, Executive Chef. “Building on the restaurant’s reputation for seasonal and hyper-local, ingredient-drive cuisine, together we will create memorable and unique experiences for diners, combining the best flavours that B.C. has to offer.”

Each of the four dinners will include five courses: individual bites and appetizers will be created by Chef Somerville and the feature guest chef, followed by collaborative main courses and a dessert in partnership with 1909 Kitchen’s Executive Pastry Chef Kristine Morrow. The dinners will rigorously follow all health and safety rules and recommendations at the time to keep diners and staff safe, with innovative and thoughtful touches such as video dish presentations from the featured chefs. 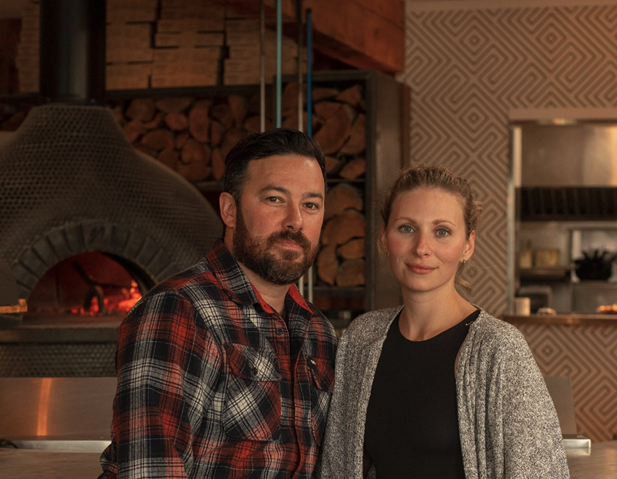 April 17 sees Brian Tesolin and Chris Klassen, Co-Chefs de Cuisine of award-winning The Courtney Room, visiting Tofino. Both chefs are incredibly passionate about bringing Vancouver Island produce to the forefront of their menus in an elevated dining environment. Inspired by both his grandfather (award-winning urban farmer) and his father (avid and talented gardener), Chef Tesolin’s experience spans the country, with time spent at Hawksworth Restaurant and Langdon Hall Country House & Spa, while Chef Klassen’s love of classic techniques took him notable kitchens in France and England before arriving back in his hometown of Victoria, where his relationships with local farmers and foragers are paramount.

To round off the series on May 1, Vancouver-based Paella Guys – Chef Javier Blanc and Chef Shay Kelly – will bring their larger-than-life paella pan to the patio at Tofino Resort + Marina for a colourful and fun evening of celebration. Putting a Tofitian spin on the authentic paella experience, the team looks forward to incorporating local ingredients from surrounding ocean, shoreline, and forests.

At 1909 Kitchen, guests can expect to create memories at every meal, whether it’s a dish deeply connected to the coastal environment that surrounds the restaurant, or a new take on a nostalgic favourite cooked over flame in the restaurant’s Mugnaini wood oven. A relaxed and social dining environment plays into the seaside location, perched over the waters of the Tofino Inlet, part of the Clayoquot Sound UNESCO Biosphere Reserve, with 300 degree views of the surrounding islands, beaches and mountains.

Reservations can be made through OpenTable, with the first dinner taking place on Saturday, February 27 at $85pp (plus tax / grat). More details on the Tofino Eats spring series of guest chef dinners will be announced over the coming months – be sure to keep an eye on @1909Kitchen and #TofinoEats for the latest updates and information.